Where do I find my stories? 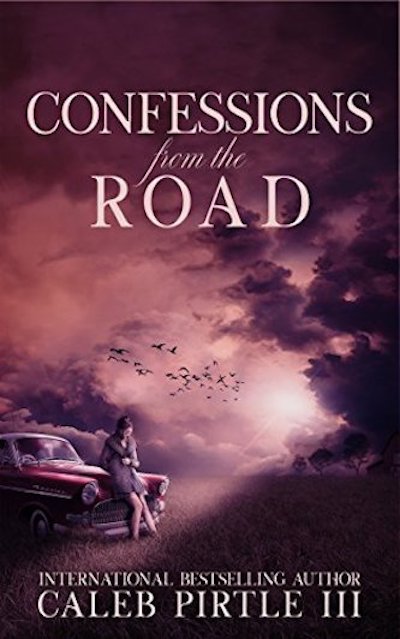 Folks drop in and share ideas, photographs, and stories over a cherry, vanilla, lemonade phosphate, a burger – mustard, never mayonnaise – or a cup of coffee that may or may not have been brewed since Tuesday.

During my life, I’ve wandered into a lot of them from one end of the country to the other.

They look the same.

Eggs fry up the same.

The bitterness waits for the cream to calm it.

But the stories are always different.

God, I love the stories and have published a lot of them in Confessions from the Road.

Folks just drop in at small-town cafes all times of the day and d0 their Facebooking face to face.

They share ideas, photographs, and stories over a cherry, vanilla, lemonade phosphate, a burger – mustard, never mayonnaise – or a cup of coffee that may or may not have been brewed since Tuesday. Nobody cares. They c0me for the conversation. The coffee, the phosphate, or the burger just give them an excuse to walk through the door. The farmers arrive early, and the high school students wander in late, and the matrons of the town – from housewives to junior service leaguers – stop by on their way to and from the beauty salon. It is hard to hear the gossip with a hair blower bellowing in their ears.

When I lived in Waxahachie, Texas, I ambled down to the Brad Hayes Café about five o’clock every morning. The tables were all pushed together, and everybody in town who owned a tractor, hay bailer, backhoe, or pickup truck had gathered together to sip a little coffee and pass on their own personal gossip, rumors, accusations, blasphemies, and lies.

I often thought that no one in town needed to subscribe to the local newspaper. Wander on down to the Hayes Café and, by the time the sun rose, you knew everything there was to know in town: who did what to whom and why. Then there would be fifteen minutes of sermonizing and editorializing that made CBS News hang its head in shame.

As one old farmer said, “If it we don’t get some rain pretty soon, I’m gonna have to rob the bank.”

His friend nodded. He had mortgaged everything he owned to secure the loan he needed to bring in another crop. He said, “If we don’t get some rain pretty soon, I’ve already robbed he bank.” 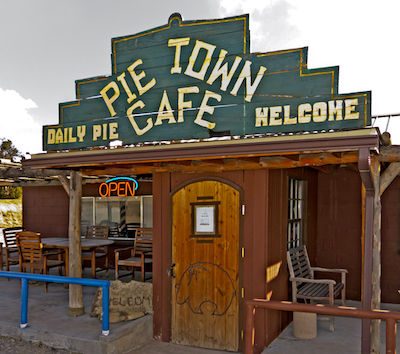 During my days as travel editor for Southern Living Magazine, I spent a great deal of my time winding down one back road and up another. I never could read a road map, generally had no idea where I was, and ate at a lot of those, out-of-the-way, by-the-side-of-the-road, small-town restaurants. Restaurants have tablecloths. Cafes don’t.

Those were the 1970s. Those were the days when we former beatniks and present-day hippies had long hair hanging down around our shoulders. Those were the days when I had hair. When I walked in, the hometown crowd could tell immediately that I wasn’t home folks. I didn’t trust anybody over thirty. And they didn’t trust anybody under thirty, especially if he was a stranger, and strangers knew that the road had not stopped in their town. There was no reason for the stranger to stop either.

No problem. I would walk straight across the floor to the jukebox, plug in a quarter, and play three Merle Haggard records, and suddenly I belonged. I wasn’t a stranger anymore. I was obviously just some poor Southern boy who was willing to spend his last two dollars on burgers and fries instead of a haircut. In Holly Springs, Mississippi, I even had a barber offer to cut my hair for free. Well, what he said was if I didn’t get on out of town, he would cut my hair and throat at the same time.

There is a strange kinship among those who grow up in small towns. The relationships are deeper and closer than simply being members of the same fraternity.

In small towns, no one ever forgets.

I had been hired by a one-man public relations firm to write a book on the famed King Ranch in South Texas. The King Ranch was Jay’s account, and we were driving down from Fort Worth so he could introduce me to the Klebergs and the other ranching heirs.

The King Ranch, by the way, is so large that the seasons change on the north range a full month before they change on a south range. That’s the hard truth. And you can take all of the fencing around the ranch, stretch it from end to end, and the fence would reach all the way from Kingsville, Texas, to Boston Massachusetts.

Jay wanted to spend the night in Kenedy, which was fine with me. He had grown up in Kenedy and had not been back for twenty years. He wondered if it had changed. It hadn’t.

We were up long before the sun the next morning, and he drove down to a little white frame café that had been perched in the same place for six or seven decades.

“This used to be my favorite place for breakfast,” he said.

“Every little town has one,” I said.

We walked in and, sure enough, the tables were all pushed together. The farmers and ranchers had already arrived. These were tables surrounded by denim Levis, or maybe it was Wranglers, scuffed boots, wide-brim cowboy hats, belt buckles that were large enough to protect you from the rain, if it ever rained, and pearl-buttoned shirts. Scattered amongst them were a few pairs of overalls and Massey Ferguson tractor gimme caps.

There were two empty chairs at the end. We sat down. Neither of us spoke.

A man beside us glanced around briefly, pulled his hat a little lower over his eyes, and said, “Morning, Jay.” Then he kept right on talking.

He had not seen Jay in two decades. It was as though Jay had never left.