A scary Halloween, a nation terrified

Orson Welles caught his listeners unaware, and it would be a frightening night that no one would forget.

The stage was set for a perfect storm.

America had survived one world war.

Europe was moving rapidly toward another.

They had no idea what fate awaited them.

They dreaded the great unknown.

And Orson Welles scared them to death.

Much of America had settled down that Sunday evening and tuned in to a CBS radio production of The Mercury Theatre on the Air.

They had been warned ahead of time what was coming.

But few paid attention. The others tuned in late.

Most were just listening to music at the end of another Sunday.

That’s when it happened, and they had no idea that their restless little world was about to be turned upside down by the sheer genius of Orson Wells.

He and writer Howard Koch had adapted the classic H. G. Wells novel, War of the Worlds, to a radio script. They caught their listeners unaware, and it would be a night that no one would forget.

The date of October 30, 1938, would be etched in their brains forever.

What made the show so different?

What made it work?

The power of words, both written and spoken.

The calm, soothing Big Band dance music was abruptly interrupted by a fake news bulletin reporting that “a huge flaming object” had descended to a farm near Grovers Mill New Jersey.

America sat up and listened.

Was it a meteor?

Was it a bomb? Had Germany attacked?

They held their collective breath.

For the next forty minutes, actors, playing the roles of news reporters, kept America informed and on the edge of their seats.

It sounded so real.

One reporter, so breathless he was barely able to speak, described aliens from Mars coming out of a spacecraft. He said: “Good heavens, something’s wriggling out of the shadows like a gray snake … Now it’s another one, and another. They look like tentacles to me. There, I can see the thing’s body. It’s large as a bear, and it glistens like wet leather. But that face. It … it’s indescribable. I can hardly force myself to keep looking at it. The eyes are black and gleam like a serpent. The mouth is V-shaped with saliva dripping from its rimless lips that seem to quiver and pulsate.

“The thing is rising up. The crowd falls back. They’ve seen enough. This is the most extraordinary experience. I can’t find words. I’m pulling this microphone with me as I talk. I’ll have to stop the description until I’ve taken a new position. Hold on, will you please. I’ll be back in a minute.

Welles broke in with a report: “Incredible as it may seem, both the observations of science and the evidence of our eyes lead to the inescapable assumption that those strange being who landed in the Jersey farmlands tonight are the vanguard of an invading army from the planet Mars.”

How could they survive the threat of an invasion from Mars?

In the background were the sounds of guns firing, people screaming, cries of despair, cars honking their horns, the sound of boat horns in the New York harbor, and feet running down the highway.

There were no breaks for advertising.

America believed everything it was hearing.

America was in a state of panic.

Americans jammed the highways trying to escape the creatures.

Some hid in cellars.

Guns were fired into the night.

No one could see the invaders from Mars.

But destruction was on its way.

They had heard it on the news.

Nightmares were coming to life.

As producer John Houseman wrote: “Our actual broadcasting time, from the first mention of the meteorites to the fall of New York City, was less than forty minutes. During that time, men traveled long distances, large bodies of troops were mobilized, cabinet meetings were held, savage battles fought on land and in the air. And millions of people accepted it – emotionally if not logically.”

Inside the studio, no one had any idea of the panic that had gripped the land.

Orson Welles, with a laugh in his voice, signed off the show by saying: “So goodbye, everybody, and remember the terrible lesson you learned tonight. That grinning, glowing, globular invader of your living room is an inhabitant of the pumpkin patch, and if your doorbell rings and nobody’s there, that was no Martian … It’s Halloween.”

The rest were in the streets.

Waiting for the Martians to come. 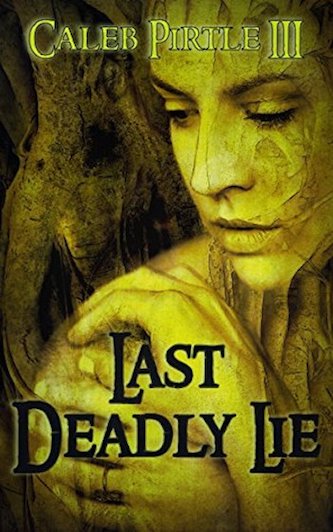