Who was the real outlaw Josey Wales? 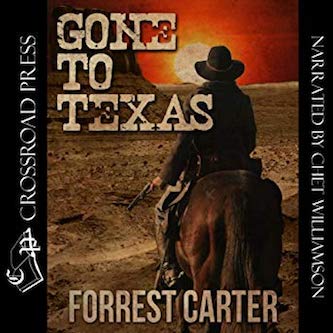 … Around here we got somethin’ called a Missouri Boat Ride…

Most of us think of Josey Wales being a fictional character or a fictional composite of the Old West made famous by the Clint Eastwood movie, The Outlaw Josey Wales released in June of 1976.

The Rebel Outlaw: Josey Wales, by Asa Earl Carter was published in 1972 and was the novel that served to fashion the character for the screenplay. The author later wrote under the alias of Forrest Carter and released his Josey Wales novel as Gone to Texas.

Could Josey have been a real person?  There are many who think he existed in a homicidally spasmodic mass of bone and flesh known as Bill Wilson—arguably, and depending on your vantage point.  The code of the Old West does not necessarily think avenging atrocities against others is homicide—it is hard to tell, and we didn’t live then.

If Bill Wilson had not taken some divergent turns in life he could have probably made a good living traveling in a sideshow as the World’s Handsomest Man.  Those that actually laid eyes upon him related that he was tall (6’2”, 185 lbs) and extremely striking.  Photographic images do not do him justice with his curly black shock of hair, pale blue eyes, and charismatic personality.  There was not a better violin player in the whole region and he was often called upon to play at socials and weddings.  His other outstanding talent was his shooting ability.

…are you gonna pull those pistols, or whistle Dixie?  —Josey Wales

Who knows what causes people to take the turns that they do?  For Bill, it was probably deep-seated resentment and an internal need for vengeance.  Bill would become known as Bushwhacker Bill in a just short amount of time in the Ozarks and beyond.

He was born in Phelps County, Missouri in 1830 in the foothills of the Ozarks Mountains, to a farming family—they were prosperous.  It was usual for people of the Ozarks Mountains to carry Six-Shooters most of the time.  It was wild and rugged country.  Bill Wilson was no exception and he kept two .44 calibers near him at all times.  He could draw and shoot both at once—with dead-on accuracy.  He was a Southern sympathizer as were most of his neighbors.  Bill had his own farming spread, by age 31.

In 1861 some U.S. Government horses turned up missing.  Bill’s name came up, but he would not admit guilt and they had not a bit of proof.  One day when he was gone, some Union soldiers and support bands came onto his property and removed his family from the home.  They then burned down every building and structure on his land.  Bill was forced to move his family to an outbuilding on his parents’ farm.

Not long after the burning atrocity, Union soldiers and sympathizers started turning up dead.  Bill was most probably the reason for this.  He did not spend time on burials.

Sometimes he worked alone and sometimes he worked with three or four friends of like mind.  On occasion, they wore disguises—often as Union soldiers.  One time Bill tricked some of the soldiers into being gobbled up by quicksand in the Little Piney River—he was that cagey.  He made a fake trail and they literally fell into the trap.

When he observed a passel of Union soldiers hunting wild turkey for supper, Bill did some fancy turkey calling and lured them into a trap.  It is said he was able to pick them all off in a minute or two.

It wasn’t long before Bushwhacker Bill and his comrades had prices on their heads.  After the war, there was a bounty of $300 on bushwhackers.  Because of this, they spent some of their time in Texas and also it is hinted that they had provided horses for Quantrill’s men.  They were in cahoots with them.

Wild Bill Hickok once tried to track down Bill Wilson, to no avail.  After a while, many of Bill Wilson’s men were able to fade back into their lives without peril—a couple were killed—but Bushwhacker Bill was never safe.

They think he was probably living around Sherman, Texas, after the war, when two men that had been trailing him caught up with him.  William Blackmore and John Thompson watched his movements and surprised him one day, one mile north of Van Alstyne, Texas, near Prong Creek.   They shot him several times, took his valuables and buried him in a shallow grave.

Texas historian Ronnie Atnip, related that the body disappeared from the shallow grave—whereabouts still unknown—but that Bill Wilson’s killers were hanged in Sherman Texas on  March 26, 1869.  They were both former Missouri Partisan Rangers when they could not resist bushwhacking the bushwhacker.