Was he really the Prince of Poisoners?

Charles Dickens himself had quipped that Palmer was “the greatest villain that ever stood in the Old Bailey.”

Imagine if you will, your terror.  You are on the scaffolding about to be hanged.  Your emotions have been so jangled of late—long months in solitary confinement—that you are not even sure yourself if you committed the crimes.  Possibly you didn’t.  The slop which you have been forced to exist on for months has caused further injury to your body and mind.  You are not at your best.

There is a crowd of 30, 000 human beings at your feet, and they are whipped into a frenzy.  They are yelling for blood.  They want to be entertained by your death.  Your face is rolling beads of sweat, yet you are cold and clammy at the same time.  You feel your knees buckling.  Your eyes are rolling back into your head.  You must not faint, although that is what your body is telling you to do.

As you are urged forward by the executioner, to receive the noose to your neck, you utter one of the most ridiculous statements ever uttered during such macabre events:  “Are you sure it’s safe?”  Now you will forever be remembered as the man who uttered this nonsensical question.

This hanging actually happened in 1856 at Stafford Prison.  Dr. William Palmer was the hang-ee, and he was given the moniker Prince of Poisoners in Victorian England in a time when using poison to off one’s adversaries was quite the fad.

To be the prince of all who poisoned, was a dubious distinction, indeed.

Circumstantial evidence pointed to the probability that Dr. Palmer—also dubbed the Rugeley Poisoner—had done away with his best friend, his wife, his mother-in-law, dozens of others, including those to whom he was financially indebted.  Some of the family members that died were heavily insured by Palmer.  But there was no concrete evidence, just conjecture.

Did he or didn’t he?

Palmer could not completely conceal his addiction to betting on the horses.  He incurred quite a bit of debt because of it.  In one instance he went to the races with a man one day, became deeply indebted to that same man, (in the thousands) and that man ended up going to bed ill for a period, then he died.  Before he fell ill, it was discovered that Palmer had purchased opium and strychnine from a druggist.

The man who died had told two friends he suspected the doctor was dosing him.  Was he or wasn’t he?  This is the case for which Dr. William Palmer was tried and found guilty by a prejudicial jury.  There was nowhere in England that a huge prejudice against Palmer had not been stirred up.

Charles Dickens himself had quipped that Palmer was “the greatest villain that ever stood in the Old Bailey.”  Queen Victoria was known to mumble, “That awful Palmer!”

Still there have been factions from then until now that thought Palmer was innocent, and that there was a horrible rush to judgment.  There are many good books on all the facts of the case, and those that could even point to his innocence.  One such book was published in 2014 by Stephen Bates.  Bates delves thoroughly into the life and mind of William Palmer.

Maybe the story of Dr. William Palmer seems a little familiar to you.  That may be because many writers have used his alleged crimes as models, including Sir Arthur Conan Doyle, Dorothy Sayers, and Wilkie Collins.

Sara Marie Hogg is the author of Quite Curious, stories about the unknown and unexplained. Please click HERE to find the book on Amazon. 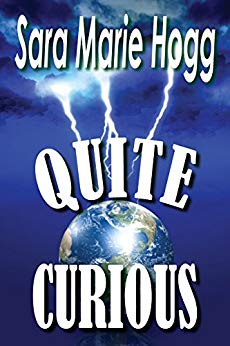