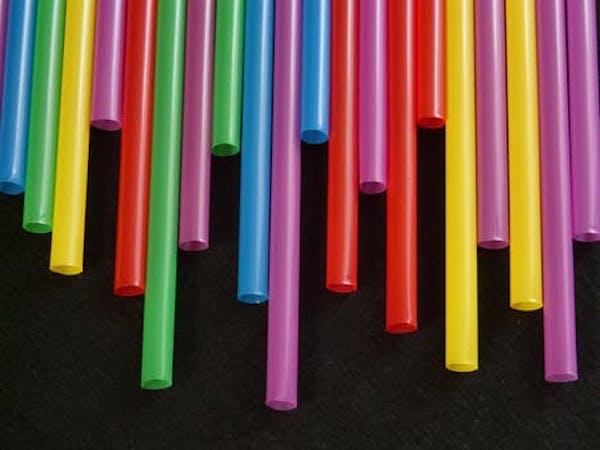 No longer are plastic straws viewed as the best way to get liquids from cups to kidneys.

Rodney Daingerfield took great delight in self-deprecation, striving always to be regarded as the least respected guy on the planet. The late comedian played it to the hilt, laughing all the way to the bank.

There’s a new guy on the “poor me” stage, and I’m talkin’ real life. The nameless guy is insistent that his investment portfolio is limited to only two stocks–Facebook and plastic straws.

His negative stance is comparable to the cynic who was convinced that if he invested only in pumpkins, they’d outlaw Halloween….

For decades, plastics have been viewed as solid investments. Investors in plastic straws are reeling, however, as major buyers jump ship. No longer are plastic straws viewed as the best way to get liquids from cups to kidneys.

Plastic straws’ sudden collapse started like a domino fall when Starbucks opted to go with paper straws. The corporate giant cited environmental concerns, pledging support to diminish landfills and clean up oceans and waterways. (Not mentioned is the possibility of Starbucks’ attempt to shift the national spotlight from recent blunders causing racial tensions, but that’s a whole ‘nuther story.)

Other “biggies”–like American Airlines, Disney, McDonalds, Hyatt, and Marriott–are following suit. The companies are “thumbs down” on plastic straws, choosing to ride the waves of conservation. In this manner, they join the chorus of “good” for our land. Truth to tell, however, the unmistakable sounds of “ka-ching/ka-ching” mean that elimination of plastic straws also enhances bottom lines….

Surely we can get by with paper straws. They passed muster for decades.

Each day, US citizens use 500 million straws. This amounts to 175 billion annually, all of them winding up in landfills, waterways, and oceans.

Yes, we can do better. We should be able to accept paper straws–or perhaps no straws–even if the latter “takes some gettin’ used to.”…

The “straw thing ”brings to mind the old joke of a loose-jawed Texan on a crowded plane. He asks the guy next to him about his hometown. The “middle seat” guy folds his newspaper momentarily, answers, “Chicago,” then returns to reading.

“You got them great lakes up there, don’t you?” the Texan interrupts. Again, the man folds his paper, as if to get ready for the next barrage. Sure enough, it comes. “If we had the great lakes down in Dallas/Fort Worth, we’d be a whole lot bigger than Chicago,” he blusters.

“Why don’t you move them?” the Illinois guy asks; the Texan explains that he doesn’t know how they could be relocated. “Get a straw, placing one end in Lake Michigan and the other at DFW. If you can suck half as hard as you can blow, you’ll have them there shortly,” the man counters, re-opening his Wall Street Journal and hoping to experience no further elbowing ….

We can be a resilient people long before push comes to shove.

Southwest Airlines has proven this more than once. Several years ago, SWA announced the elimination of lemon and lime slices served with hot tea. I regretted the move, long favoring such wedges in my tea. The company said it would save more than $100,000 annually. Flight attendants applauded since they would no longer be in “hurry up” mode to slice lemons. (‘Course, the downside is the elimination of sick leave for attendants who formerly could file claims to nurse sliced fingers at home.)

Now, SWA is flying high on its claim of “TRANSfarency”– perhaps the best airline commercial in decades. The company will likely continue to dominate, despite ceasing to hand out peanuts, a practice began when the “peanut airline” took to the skies nearly 40 years ago. Folks with peanut allergies appreciate the new policy, and empathetic folks surely understand. Passengers who crave peanuts can stow some away in their cars, grab a handful upon arrival at home or pay through the nose for a bag at the old ballgame….

Don Newbury is the author of the humorous, inspirational, and autobiographical When The Porch Light’s On. Please click HERE to find the book on Amazon. 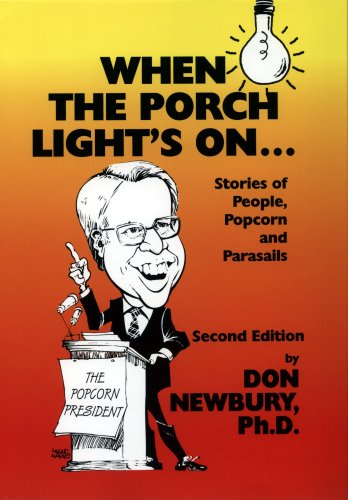