What makes a good story? 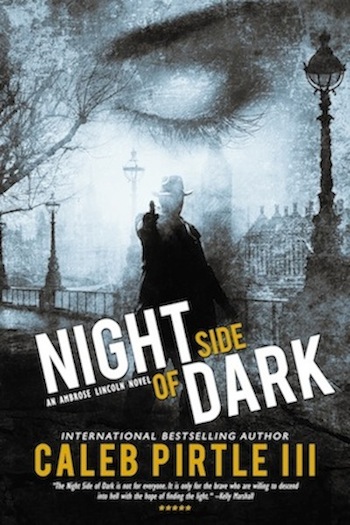 According to Cormac McCarthy, the core of literature is the idea of tragedy.

So exactly what makes up the heart and soul of a good novel?

I once wrote, with a certain amount of confidence, that all memorable novels were about two things:

Then Cormac McCarthy set me straight.

This, he said, was what all great novels were about:

He changed my mind completely.

I ran across a Cormac McCarthy quote that said:

The core of literature is the idea of tragedy.

You don’t really learn much from the good things that happen to you.

So that’s what it’s about.

Good stories are about tragedy.

Even comedy is wrapped up and packaged in tragedy. You can’t make people laugh until they realize how miserable they have been.

His words started me thinking about some of the fine novels I’ve read.

And sure enough, all of them are connected to tragedy.

Gone With the Wind witnesses the destruction of Atlanta during war and the tragic demise of a love affair between Scarlett O’Hara and Rhett Butler.

To Kill a Mockingbird focuses on a woman who was raped, which everyone can agree is a real tragedy, and an innocent man going on trial and being convicted of the rape, a tragedy of unimaginable proportions.

On the Beach deals with the end of the world, a time when all life slowly ceases to exist because of fallout from a nuclear war.

McCarthy’s The Road tries and fails to bring some sense and order to a dystopian world where those who remain after a nuclear war are fighting the odds and each other in a desperate attempt to survive their fate.

Nights in Rodanthe spin out of control on the death of a woman’s last hope and maybe last chance for love.

Tears are shed in The Notebook.

Even the Nursery Rhymes of my youth are fraught with tragedy.

Humpty Dumpty was broken into pieces, and none of the King’s men were able to put him back together again.

Cinderella’s glorious coach that carried her to the ball became a pumpkin and, what’s more, she lost her glass slippers.

And Little Red Riding Hood was stalked, cornered, and probably ravaged by the wolf. My mother never said.

Thrillers are hinged on the idea of tragedy.

So are such genres as mystery and fantasy and science fiction.

Romances revolve around the tragedies of love found, love lost and love stolen.

When I wrote Night Side of Dark, my hero, Ambrose Lincoln, had been staggered by a gunshot outside the Asylum for the insane. He is bleeding in the snow. I wrote:

Lincoln thought he heard someone scream.

It may have been his imagination.

He waited until the painting, the Night Side of Dark, once described as the world’s most valuable piece of art, turned an ashen gray and scattered like dust and powder into the cinders, and he crawled with Devra through the broken window and dropped into the snow.

I wouldn’t know unless he came one morning to tell me another story.

As Cormac McCarthy said, “There are no absolutes in human misery, and things can always get worse.”

In the novels we remember most, they always do.