My Memoir: Miracles Amidst a Terrifying Life 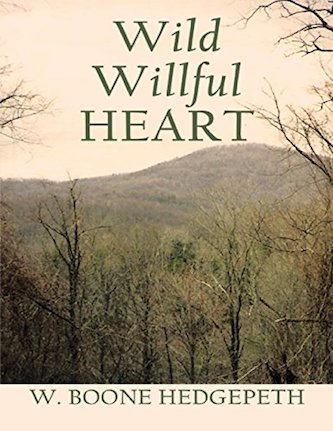 This is the story of one that lived two lifetimes by age 33, I lived with fire, passion, and veracity, which still is the process.

I was asked to elucidate on the story behind the publication of my memoir. Writing memoir is a good beginning point for any author since first of all one needs to write what they know. If you have had an unusually epic life, but are not famous or notorious, do not fear to write yours. It is the most fascinating and empowering experience, ranking high with the other grand moments of this life. A memoir is first of all for you the author, for making further peace and transcendence with prior life events. Yet this type of literature must be written to inspire and uplift others (as nearly any book should have some element of this) to a more enlightened sense of living. We are here for two reasons— to glorify our Creator, and to help those that can be helped.

I was fortunate to have been raised in the second-best time of American history, which was the iconoclastic 60s-70s. Even better, born in Tampa, I was raised in Atlanta and Charlotte when those towns were making their good (more cosmopolitan), and not so good (traffic, overcrowding) transitions from the old south to the new south. Raised by flamboyant parents much like a modern-day Rhett and Scarlet was exciting, life was often like the big top circus. There were drive-in movies, roads still passable, real restaurants offering actual food, remote mystical woodlands still right next to neighborhoods. People were more respectful in those days, and there was time to sit on the porch with neighbors in evening and revel in living the southern life, without too much melodrama, televised false flags, or nonsense. We were taught and still knew history, embraced sound capitalist economics, southern hospitality endured, and I knew I had to give devotion to that in my story.

Yet nostalgia is a mere backdrop to my story of one young southern man of English, Cherokee, Creek (and later suspected Saponi) ancestry living in the beauty and superstitions of the Deep South. Wild Willful Heart depicts the reality of having a hard drill instructor/entrepreneur as a father, and the personal rebellion that came out of that. Early on, shocking supernatural aspects outside of any handbook or explanation surfaces. A trip through the wild 70s leads to an even more bizarre move to California, a ‘coming to terms’ moment of maturity, where college and spiritual searching begins. There is life in a strange cult, marriage, children, miracles, corporate life, and an earth-shattering medical diagnosis, followed by a descent into the abyss.

Yet there was one experience that stands out as to why the book was actually written, a miracle so profound that it baffled friends, family, and especially the medical community. Investigating my American Indian heritage I became the student of medicine men and entered a world of danger that no one could have helped me survive. I witnessed things of legend and lore. The reason and purpose (among many) were to inform each one of you the possibilities of the necessary mindset for survival in such circumstances, and for an abundant continuation of your life in troubled times, the end times we live in.

This story is a mirror of the current madness. The story itself is the star here, and though I am a colorful character, I merely ran the gauntlet like a mortal meat puppet to bring it to you. I hope you will read. I promise you the laughter, entertainment and the strength and inspiration to carry on, with steel for your spine. This is the story of one that lived two lifetimes by age 33, I lived with fire, passion, and veracity, which still is the process.

Take heart in getting your first book published! This book’s first draft was crushed in the Northridge California earthquake of 1994, about to be delivered to actor Michael Madsen, it never happened. I sent the manuscript to 200 publishers in 1997, got a hit from a big metaphysical house connected to Oprah in 1998, but subconsciously sabotaged negotiations, because I did not want the text to be co-opted by the dubious metaphysical community. It belongs to everyone.

Shattered and disillusioned with the publishing process, I left the text on a shelf for 18 years. More epic living and over the top tales were added. A good thing!

Fast forward to 2016. We had just gone through a 1000 year flood here in South Carolina, and the country was losing its mind over a presidential election. I knew it was time for the story to be published. Difficult was the process, the internal agents of my big publisher had their eyebrows on the ceiling over this uniquely bombastic tale. People and places had to be disguised, some stories with whistleblowing effect had to be deleted, all for my protection. Ultimately the story had to be cut to 250 pages for marketing. Keep in mind that perhaps forty percent of my stories did not make the text. I am very pleased to bring forth the finished book after so many years.

Wild Willful Heart is a fabulously entertaining memoir of the really terrifying and horrific things that can happen in life, of supernatural aspects no one ever told you about, as well the wondrous beauty of the visionary, the revelatory, the miracles, that often appear out of nowhere, leading us somewhere that offers peace and serenity of gratitude.