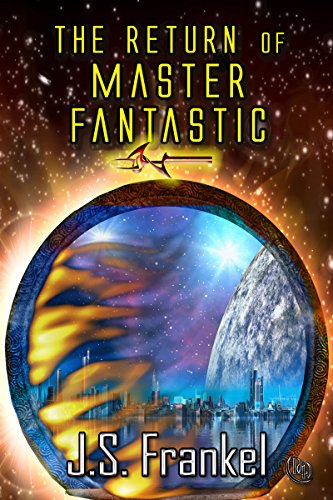 Can you think of opening portals and go into another world? Into another dimension?

High school graduate Paul Coleman’s life is anything but ordinary. It has been only a few months since he, Myrna Trillian, his girlfriend, and her father, Montague, an Elementalist/magician, destroyed a demon named Hekla that wanted Myrna for a purpose almost too diabolical to believe. Hekla had used the power of sound to kill Paul’s best friend, and her attack left Paul with very little ability to hear.

Montague is now gone, having died in the final battle against Hekla. His last feat of magic was to open a portal to Vann, a water world, where Paul and Myrna now live. Paul is mostly deaf, and Myrna is totally deaf, having been born that way.

However, things take a turn for the weird when Myrna suddenly starts hearing as a normal person would. She also exhibits the ability to open portals to other worlds as her late father did.

Mystified by her sudden transformation, Paul needs to know more, and so does Myrna. They return to Earth and find it under attack by a group of winged demons from Hekla’s home world, Sithros.

They also find that Monty has somehow been resurrected, and while trying to solve that riddle, they also have to fight against legions of winged aliens who think nothing of slaughtering millions. It will take everything the trio can come up with to fight against an alien horde that will stop at nothing to conquer—and destroy.

Magic! Can you think of opening portals and go into another world? Into another dimension? But, there are not only good worlds, there are worlds with very bad creatures, even demons.

So when you open a new portal and such a creature is coming against you? What are you doing? It overwhelms you and starts to destroy first your ears, then mankind.

But what I really liked was, that Paul and Myrna were hearing impaired, mostly because of the Demons. But it really made the reading special. Well, for me anyway.

Now in this second book, it all starts again. But… I won’t say more to spoil it. You have to get the book and read it.
And again, I just love the Ending. I won’t spoil it.

Some of my favorite scenes were the ones that described exactly how violent and brutal the winged aliens were. Yes, these passages were the reason why I added the horror tag to this review as the descriptions of those attacks could be pretty detailed at times. They suited the tone of this tale nicely, though, and gave Paul all of the urgency he needed in order to try to stop them before more innocent people were hurt or killed.

After the nonstop action of Master Fantastic, I was a little surprised by the mild pacing issues I noticed in this sequel to it. The occasionally uneven pacing wasn’t distracting enough to prevent me from enjoying the plot, but it did steal my attention away from what was happening to the characters often enough that I thought it should be mentioned in this review. I expected the pacing to be slower in the beginning as the narrator was explaining what had happened earlier on in Paul’s adventures, but I wish it hadn’t happened again after that point.

I was impressed with how much care was taken in showing how Paul’s deafness affected his daily life. It wasn’t something he necessarily thought about every day, but it did change the way he reacted to certain situations. Just like in the first installment in this series, he encountered some people who understood his disability and others who were jaw-droppingly ignorant about it. Paul’s reactions to the way others treated him suited his personality perfectly. He had excellent reasons for all of the different responses he gave to their kindness, rudeness, and everything in-between those two possibilities.

This is part two of a series, but it can be read as a standalone work.

I’d recommend The Return of Master Fantastic to anyone who has ever dreamed of visiting a distant world.

Please click HERE to find The Return of Master Fantastic on Amazon.