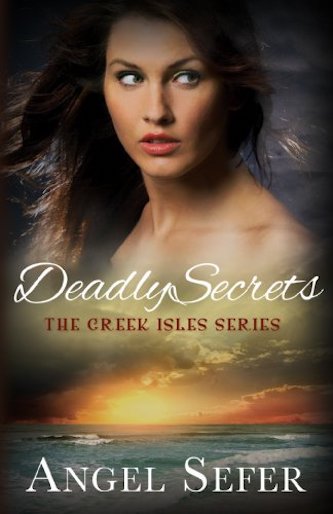 A quest for truth…

Helena was only eight when her father disappeared, and her life was shattered. Thirteen years later, she returns to her birthplace–the Greek island of Mykonos–on a quest to learn the truth about her father. Eerie warnings from her late mother and prophecies hidden in her grandmother’s diary compel Helena to delve into her family’s mysterious past. But well-buried secrets and a hidden mastermind plotting revenge create a deadly combination that could destroy Helena’s life.

A powerful and seductive man…

Upon discovering that the seductive Captain Dimitris Nikolaou has taken everything once belonging to her father, Helena is devastated; but in spite of his treachery, she is drawn to him like no other. As danger and passion collide, Helena realizes that nothing is what it seems.

Keeping a promise can be fatal…

Despite her desire for the irresistible captain, Helena is wary of his insistence to keep the promise he’d made to her father–the promise to marry her. Dimitris wants this feisty enchantress, and he’s used to getting what he wants. Making Helena his wife isn’t about the promise anymore–he wants her…and he’s willing to put his heart and his life at risk to keep her in his arms forever. 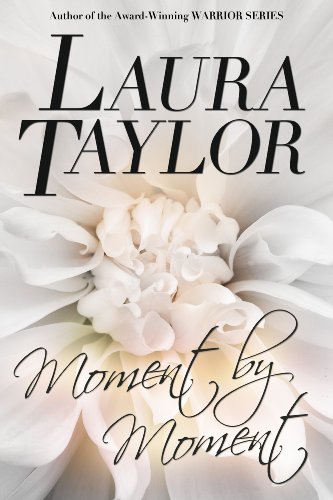 Laura Taylor explores the risks of love with sensitive precision. A chance meeting on a California beach between a soul-weary documentary filmmaker and a beautiful former cop leads first to friendship and then to something much deeper.

But can these two people overcome bitter lessons of the past to build a lasting relationship?

Laura Taylor’s superb characterization and haunting ambiance will leave a lasting impression on your heart.

By Angela B. Mortimer

In a future, planetary world, a former Varan lover who was misjudged and sent away as a criminal abducts the beautiful Doella from the man she agreed to marry. Thus begins the odyssey of two fleeing, passionate lovers who are pursued by her jilted bond-mate and eventually by Varan authorities. No Varan ever changed his or her bond mate.

Marriage was for life. Doella’s hair was like a pale gold waterfall, and her eyes were the color of deep green emeralds. She was powerful, intuitive, and her golden body easily surrendered to her recurring need for passion.

The odyssey to flee Varan pursuit leads to encounters with menacing societies, dangerous dragons, lecherous kings, and cunning wizards… until the Varan authorities and the jilted bond-mate capture Doella and her troupe. However, Doella’s infidelity and lack of honor are now insignificant with the discovery of a threat to annihilate the Varan civilization.

The last best Varan hope is to send Doella back into her most horrifying encounter. The clock is ticking … in a fascinating, suspenseful and sexy read. 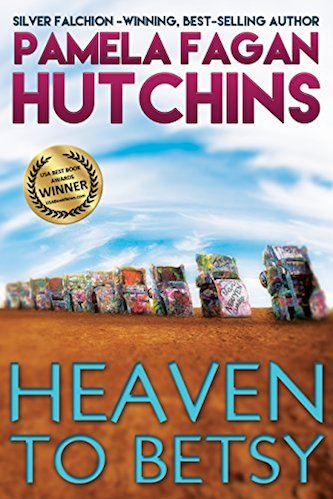 A heartfelt and hilarious mystery.

A dead body swan-dives into the pool at a wedding, bringing gossip about disgraced paralegal and former rodeo queen Emily to a halt. Enter Jack, a secretive attorney and sexy mix of cowboy and Indian, and a job offer.

Emily refuses the man and the job until she learns about the disappearance of the six-year-old daughter of his notorious client. She launches a desperate search for the little girl, and bodies pile up in her wake as the walls around her own secrets begin to crumble. 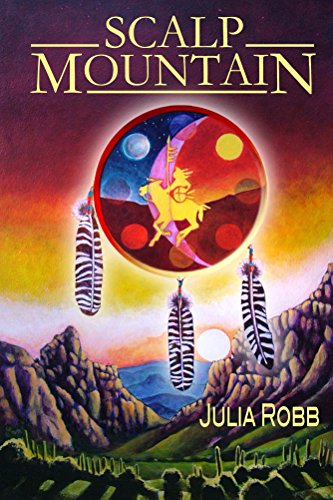 It’s 1876 at Scalp Mountain and Colum McNeal is fleeing gunmen sent by his Irish-immigrant father. Colum pioneers a Texas ranch, a home which means everything to him, but struggles to stay there: José Ortero, a Jacarilla Apache, seeks revenge for the son Colum unwittingly killed.

At the same time, an old acquaintance, Mason Lohman, obsessively stalks Colum through the border country, planning to take his life. Colum has inspired the unthinkable in Lohman. In a time and place where a man’s sexuality must stand unchallenged, Colum has ignited Lohman’s desire.

Other characters include Texas Ranger William Henry, who takes Colum’s part against his father while wrestling with his own demons. Henry’s family was murdered by Comanches and he regrets the revenge he took;
and Clementine Weaver, who defies frontier prejudice by adopting an Indian baby, must choose between Colum and her husband.

Scalp Mountain is based on the Southern Plains’ Indian Wars.

Those wars were morally complex, and the novel attempts to reflect those profound, tragic and murderous complications.
Everyone was right, everyone was wrong, everyone got hurt.

Dead Storm by Helen Hanson, Remains by Marjorie Swift Doering, The Last Victim by Jordan Dane, Vigilante by Claude Bouchard, Ludwika by Christoph Fischer, Stranger at Sunset by Eden Baylee, Stutter Creek by Ann Swann, A Change of Hate by Joe Broadmeadow, When the Sun Was Mine by Darlene Jones, Nobody’s Child by Libby Fischer Hellmann, The Zen Detective by Devorah Fox, That One Moment by Patty Wiseman, Mail Order Groom by Dana Wayne, The House of Lies by Debra Burroughs, Redemption Lake by Susan Clayton-Goldner, Pride’s Children: Purgatory by Alicia Butcher Ehrhardt, Cold Justice by Rick Polad, Each Day I Wake by Seb Kirby, The Bridge to Caracas by Stephen Douglass, No Sweat Pants Allowed by Jan Rimes, In the Attic by Garry Rodgers, A Fine Year for Murder by Lauren Carr, My Brother’s Keeper by S. S. Bazinet, The Undernet by J. S. Frankel, Pearseus: Rise of the Prince by Nicholas C. Rossis.

The Ninth District by Douglas Dorow, The Dead Game by Susanne Leist, Deadly Dominoes by Linda Pirtle, The Desolate Garden by Daniel Kemp, The Promise of Provence by Patricia Sands, Mai Lin: Another New Beginning by Gay Ingram, Murder a la Christie by Marilyn Levinson, The Long Shooters by Daniel C. Chamberlain, The Back Road by Rachel Abbott, Broken Wings by D. G Torrens.