A Dog, a Panda Bear, and a Girl who Fought the Good Fight 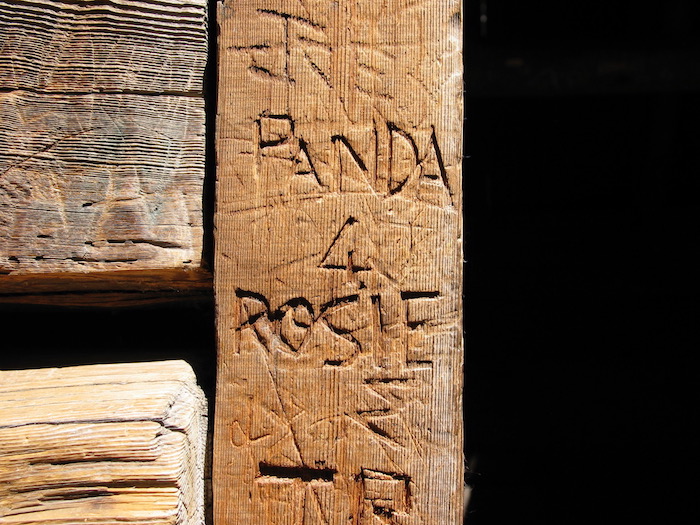 Katie was the only person in world medical history known to have survived such an array of complications.

It’s a heart-shaped grave marker in the May, Texas, cemetery for a not-quite 15-year-old-old girl who fought the good fight. On one side are Jesus’ words from the Book of John: “I am the resurrection and the life…whoever believes in Me shall never die.” On the other side are engravings of a dog and panda bear.

Those closest to Katherine Marie Hester during her short life–one darkened by health complications beginning at birth–understood love’s depth for her Lord, family and friends. She also loved her Jack Russell terrier Rosie, and was fascinated by pandas.

God continues to undergird this family’s claim of His grace through faith. His annual sprinkling of springtime–heralded by the seeming overnight arrival of blossoming Bradford pear trees–reminds Dennis and Susan Hester of the approaching Easter season, and lessons learned from Katie, their first of four daughters.  They also recall a miracle of the Lord on what would have been her 15th birthday. It involved her dog and a panda bear….

I spoke recently to senior adults at First Baptist Church, Watauga, where Dennis is now pastor. That’s when I learned what happened on July 29, 2004, four weeks after her death. I share it now in the spirit of the hope of Easter.

Katie was the only person in world medical history known to have survived such an array of complications. Doctors thought her life would be measured in hours–not years–and periodically suggested ending life-extending procedures.

For starters, her heart faced backwards. She had one functioning kidney, and it at less than 10%. She underwent 32 surgeries, with little expectation to survive a kidney transplant from her mother at age three. Kidney medication caused severe hearing impairment, necessitating hearing aids. With ongoing critical medical issues, she was airlifted numerous times to Dallas and Fort Worth children’s hospitals….

I hope her story will touch others needing “faith boosts.” Such faith is centered in the belief that Jesus Christ is who He claims to be, does what He promises and, yes, even knows the number of hairs on our heads.

Dennis, a ministerial student during my Howard Payne University presidency, and Susan, an aspiring educator, were inspirations. With her “all A’s” transcript and unbelievable coping ability, she the was recipient of one of only two of the presidential citations I ever presented.

Katie amazed doctors and all who knew her. Truly, she was “wise beyond her years.” Mentally alert and constitutionally strong, she loved school and playing the clarinet. Absence of a hip socket, however, meant that she could walk only with a limp….

They were determined to make junior high graduation special, since her kidney was failing. Having already functioned for a decade, it had reached the expected limit.

Dennis had opted to give her a kidney, but days before scheduled surgery, Katie was diagnosed with Hepatitis C. She no longer was eligible for a transplant.

Aware that her earthly life was almost over, she expressed no fear. She was saddened only for the void she knew her parents and sisters would feel….

The family visited the San Diego Zoo in 1998 to see live pandas, and a few months prior to Katie’s death, enjoyed a Disney cruise.

Vacation days expended, Dennis requested additional time off following Katie’s funeral. Deacons at May First Baptist Church–where he the was pastor for more than a decade–readily agreed.

Jangled, confused and weary, the Hesters motored aimlessly westward. After visiting the Grand Canyon, they proceeded to California. On July 29–which would have been Katie’s 15th birthday–they camped in California’s Sequoia and Kings Canyon National Park. Rays of sunlight slivered through the giant trees as the family approached the rough-hewn cabin of the first park ranger….

One ray spotlighted words deeply carved on the left door post–“Rosie and Panda.” The Hesters were lump-throated, realizing that if their arrival had been a few minutes earlier or later, the carving would have been in the shadows.

The affirmation occurred within 20 minutes of Katie’s time of birth. Some 1,500 miles from home, they felt burdens lightening and spirits soaring. They recalled Katie’s aunt saying, “God does not give you children you need; He gives you children who need you.”

Dennis and Susan continue true to their callings. She is an intermediate school counselor in Keller. Their daughters are grown, and the couple has two grandchildren. Rosie, now 15 with poor eyesight and limited mobility, remains a valued family pet….