The writing mentor who never gave up on me 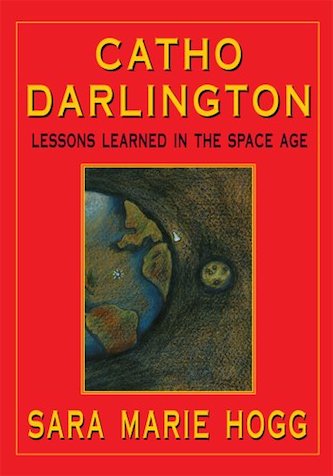 I still believe in following your own heart, writing what you know, and for me, that will never change.

At what point do we decide, “I want to be a writer”?  For me, it was never the main concern.  Flinging about paint was my passion, but so many of us creative types cannot contain ourselves to one area and I am no different.

I have experimented with many art forms.  I am not yet into terpsichorean capers, but that is okay as I am a bad dancer.

Enter the mentor – has a nice ring to it.  I suppose I would have never had the guts to submit any written work unless I had had that nudge by a mentor.  My first mentor was a woman we will call Mary and I met her at a local coffee shop.  Unbeknownst to me, writers often gathered there in the a.m.

…We ate our breakfasts on Rosedale

At the Roundhouse Café,

Ancient engineers had their coffee counsel,

—from the Berry-Street Walker

I started up a friendship with Mary and at some point I allowed Mary to view some of my scribbles.  I was sort of getting a kick out of it.  I wanted to see the expression on her face when she tried to “let me down easy.”  I wanted to see what word she would nervously blurt out to describe my work.  Then I would laugh and tell her, “I know.  It’s awful.”  I can be kind of ornery at times.  But she didn’t do any of that.

Her face took on a serious expression.  “Hmmmmm,” she mumbled time and again.  She got out a pen and started correcting some things on the paper, putting suggestions in the margins.  She had my attention.  She said, “You know, this is pretty good.  You need to keep writing.”  I suppose Mary had the last laugh, because those words started a twenty-five journey in which I was hounded, nibbled at, goaded and guffawed at by things going on in my own brain in an effort to write.

My first foray into submitting work involved looking at contests listed in the back of writers’ magazines.  The prize was publication in chapbooks.  My submissions were usually poetic.  I was encouraged when a few did get published.   I was so proud when I showed Mary my “success.”  “You need to quit entering these darn contests, and submit to magazines with national circulation,” she admonished.  “You need a new typewriter ribbon!” Another writer sitting at the table offered, snickering. Yes, we typed everything back then, on a typewriter, and I never could type well. (I can type now—some ten million words later)

One of my day jobs included public contact and conversation.  I was always dumbfounded when someone that had seen my byline on an article would come up, stare blankly, and say they were taking up writing.  They would hem and haw around like I could “do something for them,” like I probably knew big producers in Hollywood.  Well, no I don’t, or you see, I wouldn’t be working in this store.  HARD WORK.  That is the first thing a good mentor will tell you and you are going to have to do all of that hard work yourself.  No one is going to fast-track you.

My mentor, Mary, totally flipped out the first time I admitted to her that I had self-published something.  Well, I wanted to hold a book I had written in my hand – before I died, was my excuse.

Mary was the best mentor a person could have.  She would not put up with any lame excuses and was honest while being supportive.  Mary and I wrote from different areas.   She had success writing non-fiction that was carefully researched and the markets investigated ahead of time.

I wrote from mostly fictional gibberish that was floating around in my own head.  We have learned recently that self-publication is now often a necessary route.  The wall of stigma is crumbling down.  Literary history even discloses that many classic writers were forced to self-publish and we now have their priceless body of work as the result.  If you are a genre-jumper, and I am, no mainstream publisher (or agent) will even look at you.  I still believe in following your own heart, writing what you know, and for me, that will never change.

We must continue to help other struggling writers follow their own hearts in whatever way we can:  positive book reviews, mentioning through social media, creating book discussions about their work, sharing suggestions that have helped you.  If you are fortunate enough to find a good mentor, listen to what they have to say, follow most of their suggestions, but be loyal to your own voice and follow your own heart.

Sara Marie Hogg is the author of Catho Darlington: Lessons Learned in the Space Age. Click here to read more about the book or purchase a copy direct from Amazon.