What mysteries ride the airwaves?

There is a radio station that can be tuned in at 4625 kHz.  If you are able to pick up this station, you will hear a dull tone.  Every few seconds, the dull tone is accompanied by something that sounds like the foghorn of a ship.  Then the drone continues, on its own, again.

This is all there is, except for something else quite odd that happens once or twice a week.  A man—or sometimes a woman—will read some words in Russian.  They are often the words for “dinghy” or “farming specialist.”

It seems like it was created just for those who like conspiracy theories.  Tens of thousands of people listen to this station, known as “The Buzzer.”  The same people are often listening to two similar stations known as “The Pip,” and………..the “Squeaky Wheel.”

No one knows what they are listening to, as there is no information on the signals

The mystery of radio station MDZhB—which no one has claimed to run—is thought to originate near St. Petersburg in the middle of Russian swampland.  It has been operating 24/7 since the height of the Cold War.  It seemingly emanates from a collection of towers, abandoned buildings, and power lines behind a rusted iron gate.

The Buzzer Station is similar to a very creepy broadcast that emanated from Cyprus from the mid-1970s until 2008.  Although it came from Cyprus, it originated from a British base there.  It was a numbers station known as The Lincolnshire Poacher.  The broadcasts were mostly the reading of numbers, but it also frequently broadcast the first two bars of an old folk ditty:

When I was a bound apprentice in famous Lincolnshire

Full well I serv’d my master, for more than seven year,

Till I took up poaching, as you shall quickly hear.

Oh, ‘tis my delight on a shining night, in the season of the year.

As me and my companions was setting off a snare

‘Twas then we spied the gamekeeper—for him we did not care,

For we can wrestle and fight my boys, and jump o’er anywhere.

Oh, ‘tis my delight on a shining night, in the season of the year

If you would like to hear a portion of this odd broadcast, there is a feature on Wikipedia for you to listen to it.  It is found in the article, “The Lincolnshire Poacher.”  The mystery continues about the purpose of all of these bizarre messages coming over the airwaves.

Sara Marie Hogg is the author of the award-winning Quite Curious, a collection of true stories about the unknown and. unexplained. Click HERE to find it on Amazon. 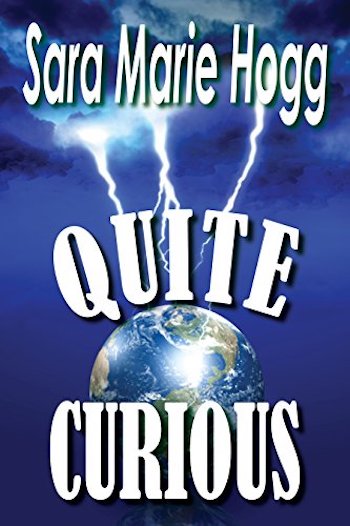