Gerald Crawford: The Man Behind the Camera

His world lay on the far side of his lens. Nothing else mattered.

For a decade, I traveled with chief photographer Gerald Crawford when he and I ran loose for Southern Living magazine.

But we’re still running together, have been for almost a half century.

I may have talked to strangers, but he photographed them. He carried five thousand dollars worth of camera equipment in his bag, and I had a nineteen-cent ballpoint pen.

It was never a fair battle. I wrote words. He captured the images of the Southland as no other. He may play a bigger role in my memoir of sorts than I do. 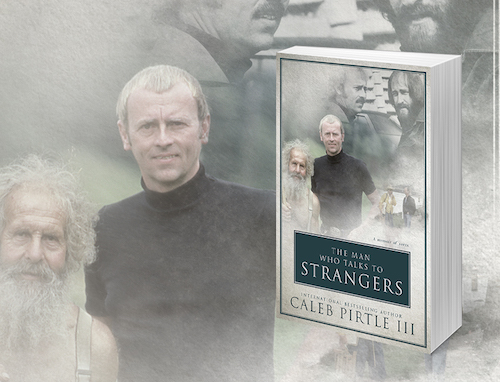 Crawford began tinkering with cameras during his time in the Air National Guard and honed his craft on the fly and on the job as the first chief photographer for Southern Living Magazine. He shot a great majority of the publication’s travel articles and would photograph more than a hundred covers. His name became synonymous with the South.

Crawford was the consummate photographer. His long hair draped around his shoulders. His beard was thick. He had kind, gentle eyes and always wore a smile even when he wanted to kill me, which was often.  He wore sandals when he felt like Jesus, boots when he thought he was John Wayne, and tennis shoes when he wanted to run. Crawford didn’t wear a lot of tennis shoes.

His world lay on the far side of his lens. Nothing else mattered. He seldom knew where we traveled. He didn’t care. Tell him what you wanted photographed, then duck. If ten shots were good, a hundred were better. Crawford ran more film through a camera than Cecil B. Demille.

He waded through swamps like the Atchafalaya with snakes hanging from the trees around him.  We had gone to see Russell Ruiz. He lived in the swamp. It was home. No reason to leave. Don’t try to run him off. The swamp takes care of those who dare trespass into its bayous. Some don’t have a way out.

The swamp was Russell Ruiz’s birthplace.  It served as his playground.  And, finally, it became his taskmaster. For him, the Atchafalaya had always been a lonely yet uncomplicated world without electricity, without telephones and baptized with running water only when it rained.  He did his business by boat, or he didn’t do it all.

And Russell Ruiz survived quite nicely, earning a profit of two pennies on each pound of fish he sold – any kind of fish he could coax out of the backwater, running deep, shallow or hardly at all. He told us, “You couldn’t have dragged my mama out of here with two pairs of mules.  She didn’t fish to fool around.  She fished to catch fish.”

He did his business by boat, or he didn’t do it all.  And Russell Ruiz survived quite nicely, earning a profit of two pennies on each pound of fish he sold – any kind of fish he could coax out of the backwater, running deep, shallow or hardly at all. He told us, “You couldn’t have dragged my mama out of here with two pairs of mules.  She didn’t fish to fool around.  She fished to catch fish.”

Russell Ruiz rowed us toward the crawfish traps, sitting lopsided among the trees.  Springtime always brought the crusty little critters out of the mud, and, each year, more than ten million pounds of crawfish were hauled out of the Atchafalaya.

“When the water’s fallin’ just right,” he said, “a good crawfisherman with traps can get back in here and harvest two hundred pounds a day.”

“Do they make much money?” Crawford wondered.

“About forty thousand a year.”

“That’s the mediocre fishermen,” he said.

The Atchafalaya was rich, but it never deposited more than its share of wealth in Russell Ruiz’s pirogue.  He didn’t mind. As he said, “If you get into good fresh water, you better keep all your baits closed up in a little black bag or the fish’ll come jumpin’ into the boat with you.”

For Russell Ruiz, that was enough. Always had been. Still was.

But he was worried. The Corps of Engineers wanted to cut a deeper channel in the river. It would drain the swamp. The fish and crawfish would die. What would happen then?

“Why cut the channel I asked him?”

“Morgan city says if the silt grows thicker and the river keeps rising, then it will flood the town and might even destroy it.”

Russell shook his head. “If Morgan City is washed off the face of the earth, who the hell will miss it?”

So spoke the voice of the swamp.

Down in the Big Bend of Texas, Crawford was lost in the desert, wedged among the rocks while rain poured from a sky turned black and lightning danced around him.

He paddled rowboats to Mexico. He sailed on cruise ships. He sang backstage of the Grand Ole Opry. A rodeo judge jerked him from the path of a charging bull. Seen through his wide-angle lens, the bull looked a hundred yards away. He was close enough to spit on Crawford and probably did. He found his way to Cajun beer joints where the owner stretched chicken wire between the crowd and stage so drunks couldn’t hit the band with the beer bottles they threw. We flew millions of miles in planes belonging to airlines that no longer exist.

“You never hear of a plane backing into a mountain,” I said.

We even latched Crawford with rope beneath the wing of a tow plane so he could get better shots of a glider in flight.

“We’re not worried about you,” Logue said. “But that is an expensive camera you’re carrying.”

The plane landed. We had to untie Crawford’s hair.