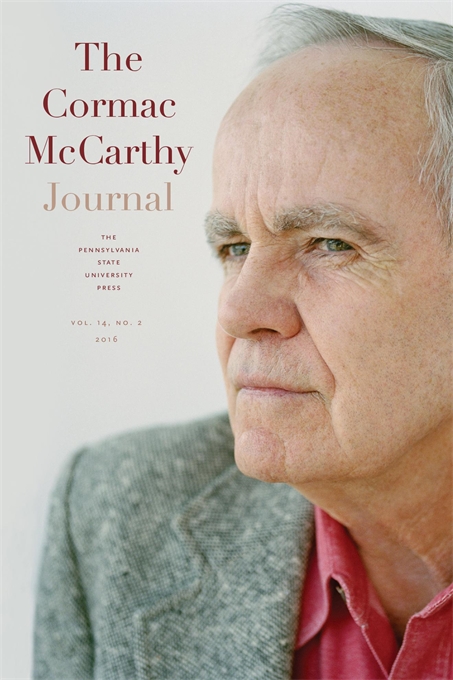 There is no one quite like him in the world of American writers.

Cormac McCarthy is brutally honest if nothing else.

H says: “There was never a person born since Adam who’s been luckier than me. Nothing has happened to me that hasn’t been perfect. And I’m not being facetious. There’s never been a time when I was penniless and down, when something wouldn’t arrive. Over and over and over again. Enough to make you superstitious.

“In talking to older people who’ve had good lives, inevitably half of hem ill say, ‘the most significant thing in my life is that I’ve been extraordinarily lucky.’ And when you heart that you know you’re hearing the truth. It doesn’t diminish their talent or industry. You can have all that and fail.”

Back in 1965, he wrote his first novel. There he was just like the rest of us who write for a living. He had a manuscript. He had several thousand words on paper. So what do you do next?”

It was, he said, the only publisher he had heard of.

Of all the publishers in the world, he happened to choose one who employed Albert Erskine, William Faulkner’s personal editor until the Mississippi author died.

It was the end of an era. All the pretty words were gone.

Of all the manuscripts making their way through Random House, the story written by Cormac McCarthy happened to fall on Albert Erskine’s desk.

There was no one quite like him in the world of American writers.

McCarthy had a publisher. But no one knew him. His name was unknown among those who spent their hard-earned money buying books.

Cormac McCarthy sold a few copies. He learned to live on nickels and dimes. Meager sales probably cost him a wife. 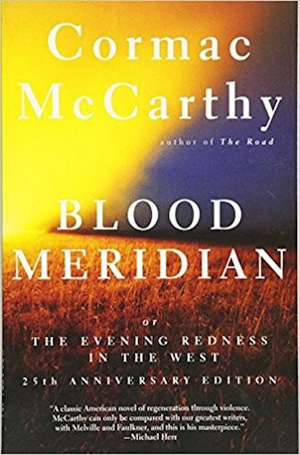 And the literary world suddenly sat up and took notice of the savage beauty of Cormac McCarthy’s writing. Time Magazine would later name Blood Meridian as one of the hundred best English-language books published between 1923 and 2005.

The New York Times in 2006 called it the second best novel of American fiction published in the past twenty-five years. And literary critic Harold Bloom selected McCarthy as one of the four major American novelists of his time, ranking him alongside Don DeLillo, Thomas Pynchon, and Philip Roth. He labeled Blood Meridian as the greatest single book since Faulkner’s As I Lay Dying.

His language is sparse.

Critics call it magnificent and have referred to McCarthy’s writing as pure poetic brimstone.

Of The Road, which won a Pulitzer Prize, Janet Maslin wrote in The New York Times, “A boy and his father lurch across the cold wretched, wet, corpse-strewn, ashen landscape of a post–apocalyptic world. The imagery is brutal even by Cormac McCarthy’s high standard for despair.

“This parable is also trenchant and terrifying, written with stripped-down urgency and fueled by the force of a universal nightmare . . . Mr. McCarthy brings an almost biblical fury as he bears witness to signs man was never meant to see.”

And because of his writing, so do we. 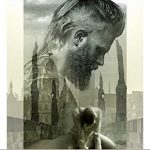