Ambrose Lincoln and the Dead Man 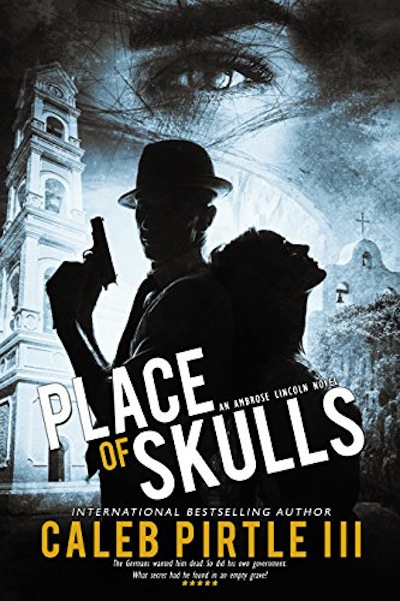 They were seldom apart, he and the dead man. They had never spoken. Their eyes had not yet met. Death was the only thing they had in common.

I miss telling the story.

The Muse wandered up as I was writing the final sentence of the final paragraph for Night Side of Dark, which is unusual for me. Most of my paragraphs don’t have more than one sentence.

But still they send him into war-torn Europe to do things that no one talks about, not in public anyway.

“How many novels have you written about Lincoln?” The Muse asks.

“Planning to write another one?”

“But now you’ve changed your mind.”

“Lincoln wants me to go along with him to Mexico?”

“He’s searching for a religious artifact that can forever change the face of Christianity.”

“So the novel has a religious overtone?” the Muse says.

“Well,” the Muse says, “maybe she really loves him.”

“In time of war,” I say, “it’s hard to know what love is. You take it where you can find it and hurt when it’s gone, and war almost always takes it away.”

“The dead man’s always with him.”

The Muse raised an eyebrow in surprise.

Ambrose Lincoln watched the ragged edges of night paint the streets below and waited for the dead man to step from the shadows. They were never together, he and the dead man.

The air around him was always thick with the acrid smell of gun smoke when the dead man was near. It burned his throat. His chest hurt. He screamed the first time he saw the man whose chest had been torn away with a hollow point slug from a 9mm handgun, his 9mm handgun. The screaming was no longer necessary.

The past held its secrets in a tightly closed fist, and only on rare occasions did the fingers of another time, another place, loosen their grasp long enough to provide faint glimpses of what was, what might have been, and what did or did not happen on the landscape of a man’s faith or his memory.

Please click HERE to purchase your copy of Place of Skulls on Amazon.