Interview with a Serial Killer 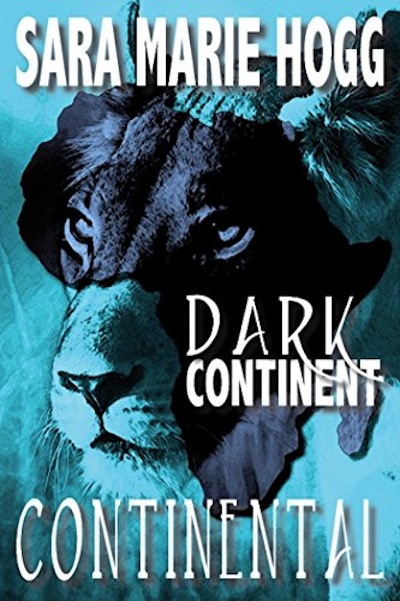 He definitely saw nothing wrong, had no remorse for killing people in pursuit of his science.

Clive Dumfries of Scotland Yard shook my hand and led me down a corridor. “We are all going to be watching through the two-way glass. That is for our own entertainment and enlightenment, as well as your own protection. You know the drill, Yank.”

“I appreciate it.” I was full of rage. I felt my skin burning hot as I readied myself for the interview. My heart was racing. This rage had welled up for all of the people Dr. Reginald Glastonbury had killed, but I had a special rage for what he did to Branford Cooper, FBI man, and my friend.

Dumfries then said to me, “We have interviewed him many times before but we are curious to see if he will say something new and different to someone else, someone that actually matched wits with him. There is always that possibility. Just go in and sit down at that table and we will have someone bring him in.”

Within five minutes the prisoner was brought in. He was ushered to the seat across from me and helped into the chair. The jailer left, but was still nearby—I felt in my bones.

I started: “I worked some on the case, as you may remember.”

Reggie gave a slight nod, the bright light above produced strange shadows on his face. He did not have an unpleasant expression. It was an expression of someone that had a private joke—a slight smiling, a knowing.

I was hotly tense, but I promised myself I would stay under control—this was a plum opportunity.   I could not take my eyes off Reggie’s bumpy nose. It could have been a medical textbook example of rhinophyma. The nose was surrounded by pudgy red skin. He wore the same steel-rimmed, round glasses and behind them were piercing eyes. His silver hair and thick silver eyebrows gave him an air of elderly authority.

I continued. “What I came here to ask you is, why? My God, man, you are a genius of the highest magnitude. You were respected by other scientists all over the world until you took this odd turn. You could have developed cures for diseases, instead of doing what you did. You could have been a hero to mankind. I ask you again, why?”

Dr. Reginald Glastonbury did not hesitate. “Oh, it was another experiment. I have performed thousands of experiments over a lifetime and this was just another. I wanted to see if it were possible for my laboratory creations to travel all over the world in this way and survive—and reproduce if they did. I tracked them. I wanted to see how long it took for all of the incubation periods to go into effect. I kept records.

Were they standard for all? Did they vary? I wanted to see—and this is important—how long it would take authorities, with the expert aid of other scientists to figure it out. It was a pet hobby of mine, a challenge. I wanted to see how long it would take for them to identify the organism I had created and they never did—interesting! Expert scientists! I kept timelines, very accurate records on all of the data.”

“Basically it was for your own amusement then?” I asked disguising my disgust.

“Yes, I suppose so. I orchestrated a similar project a couple of years back. These laboratory creations were sent all over India, and no one ever even figured it out or investigated it at all. Didn’t have a clue it was even going on!” Reggie laughed.

“Are you saying you did this before, with India as the target? Did people die?” I was incredulous, but tried to make sure my voice was clear and the volume up. I wanted to turn around and stare at the people behind the two way mirror, with this revelation, but I didn’t dare. Please let their recording devices be at maximum function.

“I assume they did. Maybe it helped with the population problem,” Reggie said matter-of-factly.”

I tried to recover from my astonishment and went right on into another question. “Because of your ability to do so much damage with your creations, there has been speculation that you are working with terrorists.”

“No. You can take that to the bank. I have not been contacted by any terrorists, and I really don’t care to associate with those unsavory types. No one knows more about these kinds of biological catastrophes than I do, so I would be an invaluable resource, but no, and I am not working for any governments, either.”

I thought for a moment, at last getting a clear picture—that the man sitting across from me was insane. He was an ultra high-functioning lunatic, for lack of better terminology. He definitely saw nothing wrong, had no remorse for killing people in pursuit of his science.

They were mere lab rats. “I have been wondering. Since I was in your home myself, was your home safe? Was it dangerous to be in it, especially the lab? I assume it was safe, as you have had cleaning ladies, and they have not died, to my knowledge or even gotten ill.”

“My home was safe. There are parts of my lab that were not safe, if one started opening containers and such. Those things which are extremely hazardous were isolated and I knew how do deal with them. I was very careful as I did not want to die, myself, naturally. A person just walking around in my lab would be safe. My exploded house does not exist anymore. It has been awhile since it did. If people were going to get sick from being in my house, it would have already happened.”

“Do you think the heat of the explosion killed all of the dangerous elements, then, too?”

“I would bet money that it did. There is always a fraction of one percent chance that it didn’t. It would have to be a very freaky occurrence. I have not been able to invent a heat-proof organism. It was on my to-do list, you might say. We shall have to wait and see.” Glastonbury’s eyebrows arched wildly.

I decided to ask one more question.

“Dr. Glastonbury, what would you like to be most remembered for?”

“I would like to be remembered for being the great scientist I am.”

I turned and pressed the buzzer. I was done. I did not care to spend one more minute in the company of such a morally bankrupt person. As Glastonbury was leaving, I heard him blathering on.

“This has been a nice break from my routine here. Thank you.” I cringed. Then Reggie blurted out in the distance, “I have one more thing to add. I am sorry I whacked you so badly with my cane.” He seemed very sincere. I could hear the chains rattling down the corridor.

Clive Dumfries came into the room with the other observers. Though a serene person, Dumfries had an animated expression of excitement on his face.

As I left the interview room, my head was full of the noise of Glastonbury’s chilling and inhumane words.   There was that other noise of all the Scotland Yard fellows jabbering about the India revelation.

Thus concluded the interview conducted by Angus Carlyle, Detective, Homicide Division, ATPD. Reginald Glastonbury, mad-scientist, had been responsible for killing hundreds of people by releasing his mysterious vermin into the air. The results left victims limp and brainless. Not only that, he had done the same experiment some time before, in India, and no one was even suspicious.

You can read the whole story in the Detective Thriller fiction work of Sara Marie Hogg: Dark Continent Continental.