Where do I find my stories? Usually by accident. 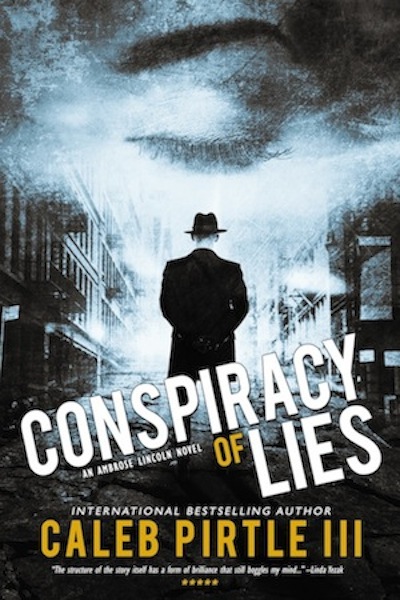 Los Alamos was a dangerous place. We were building the atomic bomb.

I TRAVEL the way I write.

I wake up one morning and head out.

I’m never for sure where I’m going.

I’m not sure how I’ll get there.

But I keep driving.

Or I keep writing.

This time I had a destination.

I was on my way to Santa Fe, New Mexico.

It was a last minute decision to go, and I had no reservations.

It was a long time ago.

I figured I’d wind my way into town, find a decent motel by the side of the road, and hide away for a few days.

There were lots of good motels.

One was as good as the next.

In Santa Fe, I found, there were no rooms.

“Big convention in town” the desk clerk said. “The town’s sold out.”

In a couple of hours, it would be dark.

“Where’s the closest town?” I asked.

“Thirty-five miles, but it seems farther.”

Los Alamos didn’t waste any time. It hooked me immediately.

The mountains were intriguing.

The town looked like a town named Los Alamos ought to look.

And then I drove past the National Laboratory, tucked back in the trees.

“That’s where it all happened,” I was told.

“That’s where they built the bomb.”

I was looking at a collection of dark, foreboding buildings where an assortment of scholars, physicists, and scientists figured out a way to split the atom and create the deadliest weapon known to mankind.

It may destroy the world, some said.

It may set the universe on fire, some said.

They built it anyway.

The story of Los Alamos and the Atomic Bomb never left me.

I’ve got to write about that some day, I thought.

I have in the second volume of the Ambrose Lincoln series, Conspiracy of Lies.

I wrote of those scholars, physicists, and scientists, as well as the general who oversaw the secret project:

They all began gathering in the heavily forested high country of Los Alamos. It was quiet. It was secluded. It was virtually hidden by the Jemez and Sangre de Cristo Mountains. The general liked the location a lot. It was at least two hundred miles away from the West Coast and the threat of Japanese warplanes that might be intent on bombing the bomb if any of the emperor’s warriors chanced to learn about his deadly little secret.

By now, the general no longer had any doubts about the A-bomb. It could be built. He was sure of it. And it would be built. His constant fear was espionage.

The Germans wanted to know about the project. So did the Russians.

They were willing to pay good money for information or kill for it.

The compound had been built as a secret city in and around an old abandoned boy’s school at Los Alamos. The brightest of the bunch had all moved into former teacher’s homes on “Bathtub Row.” The place was weathered and rundown, hidden in the backside of the mountains. It was, the general hoped, beyond the reach of any spy. Still he was taking no chances.

The general assigned fake names and bodyguards to protect the senior scientists. Their driver’s licenses had numbers instead of names.

No phone lines ran beyond the Tech area of the new facility.

And everyone in Los Alamos, from scientists to the lowest private in Uncle Sam’s Army, had the same mailing address: Box 1663, Santa Fe, New Mexico.

Nobody, the general decreed, should ever use the word “bomb” either privately or in public. It was too controversial. It was too dangerous. Up among the trees of Los Alamos, the most frightening weapon of them all was simply referred to as “the gadget.”

It was a dangerous time.

Los Alamos was a dangerous place.

We were building the atomic bomb.

The Russians wanted it.

The Germans were trying to steal it.

The streets of Santa Fe and Los Alamos had two kinds of men: soldiers and spies.

And that’s what makes a good story.

Please Click HERE to purchase your copy of Conspiracy of Lies from Amazon. 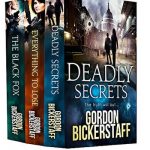 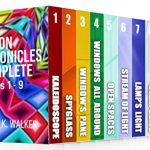