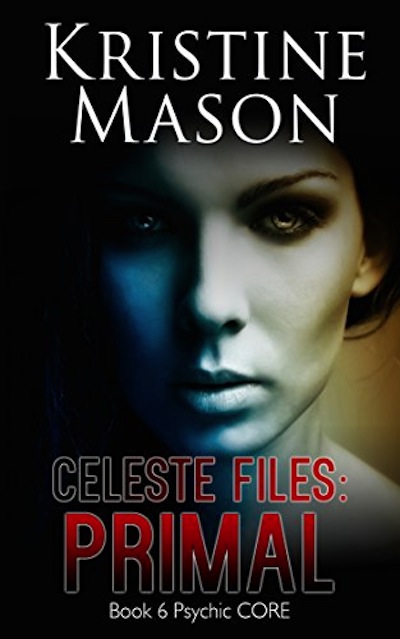 I love anything in the psychic world and this series takes you everywhere and through all the nuances of the paranormal.

Fear the living, not the dead…

John Kain’s wife, Celeste, has been abducted. With little evidence, the CORE investigator enlists the help of their clairvoyant, three-year-old daughter. He attempts to connect with Celeste through his preschooler, but he’s left with more questions than answers, and even more fear. Using psychic visions, his little girl somehow takes him into the paranormal world and shows him the horror his wife is facing—if he doesn’t find Celeste soon, he might never see her alive again.

Celeste has woken to a living nightmare. Thirty-five years ago, a psychiatrist obsessed with the supernatural had kidnapped her psychic mother. Although her mom had survived, the twisted doctor had murdered five other people like her, and thanks to her mom’s testimony, was sentenced to life in prison. Spurred by vengeance, the psychiatrist’s son is determined to continue with his father’s experiments, and he has a special room just for Celeste.

With the help of the dead, Celeste is doing everything possible to save herself from being tortured. But she’s running out of time. Her kidnapper believes he can enhance her psychic gift through brain surgery. The doctor is in….and he’s insane.

The past is revisited in many ways and long held secrets are finally out in the open.

With Celeste’s mother having died before we as readers got to meet her and with her mother keeping so many secrets from her daughter, we didn’t know the full extent of her psychic abilities nor her real reasons for keeping them hidden from her daughter and also the actual reasons she didnt want Celeste to know Ian – her real father. Those are finally revealed in this book.

When a son and mother of a a killer that has been incarcerated for 35 years kidnaps Celeste to continue his sick experiments, the past comes crashing down on Celeste along with new abilities being awakened. We also get to see how strong John and Celeste 3 year daughters abilities have become when she becomes the catalyst to finding where her mother is.

Celeste is now a force to be reckoned with her new abilities and with her children looking to have the same abilities future books should be very interesting for this family.

Primal is one of the best ones yet. Celeste is taken while on vacation and this time she’s fighting for her life from the living. Celeste’s psychic gift continues to grow and change. This opens up a whole new level and shows how strong she really is. John is also stepping more into that world.

I really enjoyed witnessing Celeste as she goes through so many stages. Fear, desperation, courage and ultimately the anger that opens other doors (quite literally). And instead of cracking under the pressure, she just becomes more bada$$.

This story had me wired the whole time. I just knew something was going to happen that would change the whole course of Celeste’s life. You could feel the tension come right off the page. Kristine Mason is a must read for me.

From her C.O.R.E series to the lighter romances, it’s all good. But the Celeste Files is a favorite. I love anything in the psychic world and this series takes you everywhere and through all the nuances of the paranormal.

A wonderfully written sixth book in the Celeste series. Once again Kristine Mason has delivered a chilling novel of good versus evil. A lot of the past characters were also brought into this book reminding me of how much I enjoyed all their stories in past books.

John’s wife is kidnapped by evil in this book and as a result She finds out a lot about her Mother’s past along with finding out how strong her powers actually are. I can’t wait to read the next book. These stories just get better and better.

I highly recommend reading any book written by this author.

Please click HERE to purchase your copy of Celeste Files: Primal from Amazon.