When is it time to let go of a story? 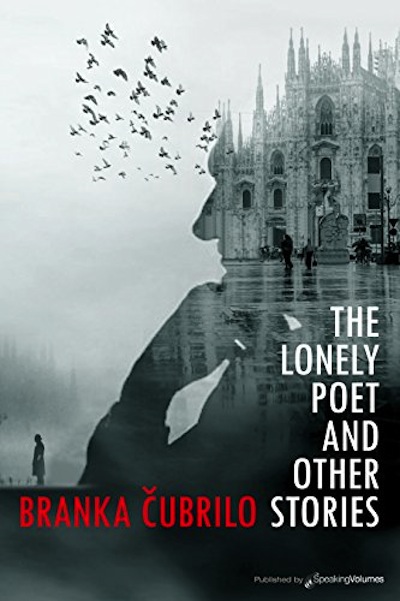 I could almost see and touch a beautiful young dark-haired woman with clear eyes looking at me and pleading: Finish my story!

How does a writer know when their short story has ended? How do they know when a character is exhausted and has nothing more to say? Whose decision is to end the story, to let go of a character?

I have written on such topics several times for Caleb and Linda Pirtle. I like to write about my characters because I learn a lot from them and I share that with the intention of helping other writers to understand that unique relationship.

I am a novelist, but I do write short stories occasionally. Only last year did I gather them all together and put them into a collection of short stories The Lonely Poet and Other Stories, which was well received. Obviously, there is a big market for short reads.

Back in 2011 I wrote a short story “Pia’s Poem” and had it published in a literary magazine. I’d call it a rather longish-short-story for it isn’t one of those one-page-stories. There is a touch of melancholy in the story; all of my stories have that melancholy-flavour, like undisclosed earning for something better that should have happened in the character’s life.

When the story was published, I reassumed my work – commenced gathering my short stories published in various publications and languages, with the aim of publishing a book of short stories. But my task and that plain intention were interrupted. Ever since I had written (and published) “Pia’s Poem” restlessness nested in my chest: daily restlessness seemingly without a cause, outbursts of unpredicted moods, strong melancholy, yearning for the unexplainable, dissatisfaction without cause or root.

Every morning, since publishing this short piece of writing, I had at exactly four o’clock, a visitor. It was rather a thought that would wake me up. I was thinking of ‘someone’, I was conversing with a part of myself: thoughts back and forth. A little later, let’s say a week after, I could almost see and touch a beautiful young dark-haired woman with clear eyes looking at me and pleading: Finish my story!

I was reluctant to get up and continue the story of Pia the Poetess, pushing instead my ‘imagination’ back into the past to the point where I inserted the last ‘period’ to the story. But look, my characters are not easy creatures, they don’t give up and they don’t let me muck around with them. It is their will that has to be done!

After a good six months of her visits I had finally surrendered. I got up, sat at my desk and said: “Let’s see what you want from me.”

Four or five hundred pages later – it was my longest and most complex novel. It brought out the most intricate relationships, the most intimate feelings and thoughts that I had selfishly stored within me believing they belonged only to me. But Pia, that unknown part of myself, wanted to share the story with the world right in this moment of history where we found ourselves.

It is not an easy read, for I don’t opt for easy stories. I paint life itself with all its deep and disturbing colours of events and emotions with the same zest and dedication as light and uncomplicated, entertaining stories would be written. I find something highly rewarding in complicated characters, in their search of meaning and in their tragedies. Because they portray real people and ordinarily readers empathise and sympathise with my characters having the urge to write me and enquire about my characters, or on the other hand – to tell me their, often similar, stories. Sometimes my readers ask me if I had heard their story from someone else, as if I am travelling around the world collecting stories.

Psychologically, Pia is one of the most demanding characters, maybe one of my dearest creations. I had so much love and understanding for her unique story and for that ability – to understand my characters, I believe that’s why they chose me.

Pia is a mature, strong, deeply spiritual person who feels that she has been placed in the wrong place, at the wrong time. She is a deep thinker, she doesn’t put up with nonsense and she is well aware of her psychological issues she ‘gained’ in her childhood. She is well aware that beauty can be the greatest curse!

My new novel, due to come out next month is named ‘Dethroned’. Everyone was dethroned in it: some from their political positions, some from their wealth and prestigious status, some from military ranks and Pia was dethroned from love. It is a bathed in blood fairy tale, that shows no mercy for human selfishness, stupidity, cruelty and the deterioration of all human values in modern society.

Is there a way out from all those disasters that fell upon this world, and for full-of-astonishment-Pia, who defends herself from the horrors with poetry? What were Pia’s answers to cruelty, lack of understanding, lack of genuine love and care for her fellow-human? When everything is to be broken where to look for peace and remedy? Back to her worthy ancestry? As a great-great niece of the genius Nikola Tesla, she is searching for the truth via science, poetry and spirituality alike. Like him, she is a solitary creature dedicated to the finer things life can offer, defending herself from the profanities forcefully offered by modern society.

Pia was very determined to get my attention and to get her story out, but my journey with her was equally peculiar. In order to shorten this essay so as not to put too much pressure on my reader, I will continue with this story in the next part, where I will tell you the most unlikely story about the writing process, the almost stolen manuscript (described in the story ‘The Brontë Sisters) and the ‘corrupted’ file whilst editing in the most picturesque town of Rovinj on the Adriatic Coast, as if ‘something’ conspired against her story.

“Dethroned” will be published with my long-standing publisher “Speaking Volumes” (USA) in May 2017.

Please click HERE to purchase The Lonely Poet and Other Stories.