I’d write, but only Ambrose knows the story. 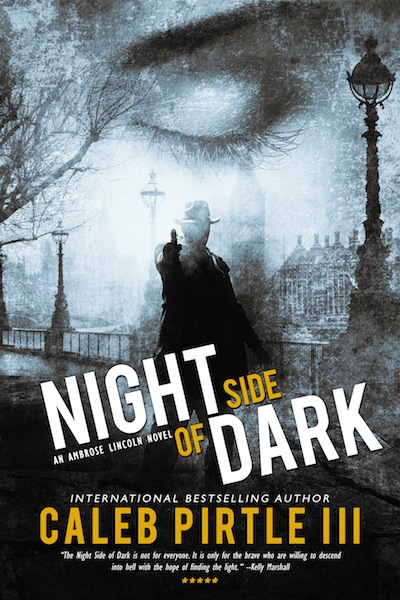 His mind has been erased during behavioral experiments. His mind is a barren landscape burned dry by the electrodes of shock therapy.

Ambrose Lincoln wanders down from wherever he hangs out about two o’clock every day. He knows I’ll be writing about him soon. He doesn’t’ want to be late. He knows I get really upset when he’s late.

Ambrose Lincoln is not like any of the characters I’ve written about in the past. He is different indeed.

Others were friendly and outgoing.

Ambrose keeps his feelings locked away inside.

Ambrose seldom smiles. But then, he has little reason, too.

They made snide, sarcastic comments and wanted to fool around.

Ambrose is all business.

They came along for the ride.

His philosophy is a simple one. Let’s get the chapter started. Let’s hit the ground running. Make something happen.

His mind has been erased during behavioral experiments. His mind is a barren landscape burned dry by the electrodes of shock therapy. He’s not afraid. Ambrose has no fear of dying. He believes he may have already died, and the war and purgatory have a lot in common.

He knows I try to keep my novels somewhere between seventy and eighty thousand words, and each chapter runs about a thousand words.

Ambrose shakes his head. He thinks about grinning, then decides against it.

“You don’t have an ending in mind,” he says.

“I haven’t figured one out yet,” I tell him.

“You changed the story in the past chapter or two,” he says.

“I came to a fork in the road, and I couldn’t resist not taking it.”

“You’re gonna be surprised,” he says.

Ambrose stares out the window. The sun has dropped behind an oak tree. The hillside has turned green, spotted by the reds of roses, the pinks of azaleas. It’s the magic hour of spring.

“Where did you get the girl this time?” he asks.

“She didn’t come from central casting,” I say.

“I knew she would be pretty.” He shrugs. “All your girls are pretty,” he says.

“Her heart’s tender,” I say. “She’s like a little girl. Lost. Afraid. Abandoned.”

“Could have fooled me.”

“How many has she killed?” Ambrose asks.

“That’s what I thought.” He pauses, and his face becomes grim. His eyes darken. “You’re not gonna kill her off, are you?” he asks.

“I know where you live.”

Ambrose stands up and heads on back to wherever he hangs out when I’m not writing.

“Don’t worry about the ending,” he says.

“You got it figured out?”

“If I haven’t, then you’re out of luck,” Ambrose says.

I don’t argue. I’d write another chapter, but I can’t.  Only Ambrose Lincoln knows the story, and he’s already gone.

Please click HERE to purchase Night Side of Dark.