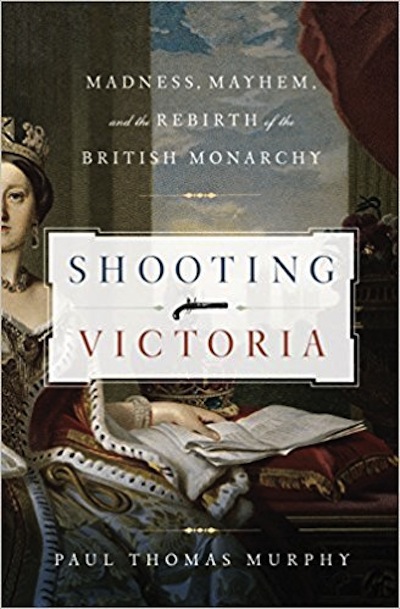 The assassination attempts on Victoria seemed to have the effect of gaining support and admiration for the bravery of the queen in the midst of danger.

A wave of Victoriana has recently swept over us. This is probably due to the fascinating persona that Queen Victoria was, and to the PBS Masterpiece production about the queen. The Victorian Era was one of rapid changes in industry, travel, photography, society, and economics, to name a few. England needed a strong ruler and Victoria was reliable in that regard.

Some mysteries surround her. There were eight assassination attempts on Victoria. In a book devoted to these attempts, Shooting Victoria, by Paul Thomas Murphy, he explains that though frightening and horrible as these attempts were, they had a strange effect on the monarchy and the country. The thrones of other countries all around were falling and crumbling. The assassination attempts on Victoria seemed to have the effect of gaining support and admiration for the bravery of the queen in the midst of danger.

Some of the attempted assassins included a disgruntled victim of the Irish Potato Famine, a hunchback who was trying to gain fame, a bartender who was certain he would be fast-tracked to being an admiral, and some members of a group called the Dynamiters—terrorists that used bombing to incite fear.

It is alleged that these bombers hatched The Jubilee Plot to blow up members of the cabinet and Queen Victoria and her family when they attended a service at Westminster Abby. The plot was foiled by Scotland Yard only two days before it was carried out. Another possibility is that the attempted bombing story was fabricated to bring disgrace to the alleged bombers. Shooting Victoria–Madness, Mayhem, and the Modernisation of the Monarchy is 669 pages in length (sixteen pages of illustration) and available in PB and Kindle.

For me, a more interesting book is: Queen Victoria’s Stalker–The Strange Story of the Boy Jones by Jan Bondeson, 159 pp., available in PB, HC and on Kindle. It seems that for a time after Victoria’s coronation in 1838, she was an anxious woman, not helped by the fact that she was stalked and pursued by a somewhat odd character, Edward “the Boy” Jones. He was obsessed with spying on her every activity. In a story that could come out of today’s headlines, he was able to sneak right into Buckingham Palace without detection—many times. He was known to have stolen her personal items and intimate apparel and palace artifacts—mostly as keepsakes.

In the early years, the Boy was made out in the media to be a loveable scamp—but opinions began to change when he did not cease his activities and they escalated. Queen Victoria confided in her journal jottings that she was frightened and did not want to have to confront him in person. When the Boy could not mend his ways, he was sent to prison for short terms.

Further digging about the Boy Jones revealed that he started his stalking as a fourteen-year-old teenager. He often disguised himself as a chimney sweep. He had, in fact, told his employer that he would get into the palace, but the premise was so ridiculous that it fell on deaf ears.

He was once pulled from beneath a sofa by palace guards.   For his first offense, he was acquitted by a jury. After additional incidents, his father tried to get him plead as insane. He was finally shuttled off to the Navy where he once went overboard between Tunis and Algiers, but was rescued. Although he was an alcoholic who continued petty crimes, he was given the job of town crier for Perth, Australia and Australia is where he died in 1893. He fell from a parapet near the Mitchell River.

Sara Marie Hogg is the author of Quite Curious, a collection of stories about the unknown and unexplained. Please click HERE to purchase the book. 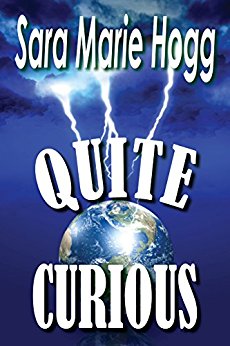