Inside the Literary Mind of Effie Kammenou 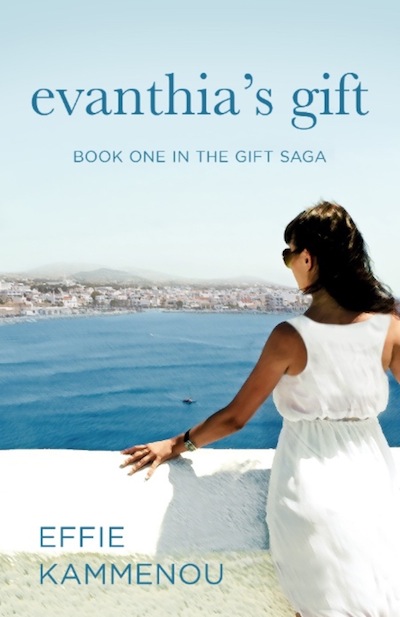 I love a good romance as well as a paranormal fiction.
Effie Kammenou is a believer that it is never too late to chase your dreams, follow your heart or change your career. She is proof of that. At one time, long ago, she’d thought that, by her age, she would have had an Oscar in her hand after a successful career as an actor. Instead, she worked in the optical field for forty years and is the proud mother of two accomplished young women.
Her debut novel, Evanthia’s Gift, is a women’s fiction multigenerational love story and family saga, influenced by her Greek heritage, and the many real life accounts that have been passed down. She continues to pick her father’s brain for stories of his family’s life in Lesvos, Greece, and their journey to America. Her interview with him was published in a nationally circulated magazine.
Evanthia’s Gift: Book One in The Gift Saga was a 2016 award finalist in the Readers Favorite Awards in the Women’s Fiction category. Waiting for Aegina: Book Two in The Gift Saga is Kammenou’s latest release.

Effie Kammenou is a first generation Greek-American who lives on Long Island with her husband and two daughters. When she’s not writing, or posting recipes on her food blog, cheffieskitchen.wordpress.com, you can find her cooking for her family and friends.

As an avid cook and baker, a skill she learned from watching her Athenian mother, she incorporated traditional Greek family recipes throughout the books.

She holds a Bachelor’s Degree in Theater Arts from Hofstra University.

For updates on promotions and the release of Book Three in The Gift Saga
Follow Effie on Twitter @EffieKammenou
www.facebook.com/EffieKammenou

Today, I am interviewing Effie Kammenou, who debut novel is Evanthia’s Gift. One reviewer wrote: The author’s wonderful use of language and imagery gave such clarity to each character that it is as if a movie was playing in my head. This story invoked various emotions. I caught myself gasping, crying, laughing, and screaming out loud at one particular character. Not only does this story tug at your head strings but it was enriching and educating. 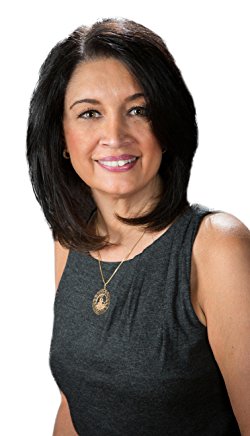 Effie: Evanthia’s Gift is actually my debut novel. It’s a Greek American family saga that follows a multigenerational story of love, loyalty, and culture – an emotional novel about family bonds and the difficult pull between home and heritage.

Currently, I am finishing the second book in the saga and I’m   anticipating a release near Thanksgiving. I’ve recently announced the     title – Waiting for Aegina.

I began to write Evanthia’s Gift about six months after my mother passed away. It was my way of working through my grief and I found        great inspiration in my mother’s life and character. My mother was an amazing woman of inner strength. She fought pancreatic cancer for two and a half years. Through her surgeries and chemo treatments, she spent time with everyone in the family, soaking up every last minute she had on earth.

My mom spoke of her childhood in Greece often, and I used what she        told me to create a fictional story, but one that was based on true events. Her accounts of WWII, her journey to America, and the history of her family all came into play.

My dad had his own stories, and at ninety-four years old, he is still feeding me family history and memories from his childhood.

The story itself just developed as I wrote it, and the basic plot that I had in my mind for some time, flourished into a story more detailed than I expected.

Effie; I started writing a food blog about six years ago. I didn’t simply share recipes, but also the stories and traditions that were associated with the foods. To me, food was more than a meal and I wanted to share this with my readers. Later, I began writing occasional feature articles, restaurant and book reviews for a regional magazine.

For years I had a story in the back of my head, but it was a mere thought – ‘someday maybe I’ll write it down.’ When I turned fifty I wanted to do something new, something that would define me. But it wasn’t until my mother passed that I actually sat down and wrote the story, and now I never want to stop writing.

Effie: I’m always asked this question and it’s a hard question to answer. My favorite classics are East of Eden and Pride and Prejudice. East of Eden in particular gives the reader so much to think about morally and ethically. My tastes in books are quite eclectic, though. I love a good romance as well as a paranormal fiction.

As a theatre student I studied hundred of plays from Ancient Greek theatre to Chekhov. I don’t think any of these necessarily influence my writing. I believe everyone has his own voice, which comes from his own experience.

Effie: I find ideas from so many places- my life, my parents’ stories, people I observe, and my imagination.

Effie: A character might be based on a real person or the melding of a few people to form a more interesting character. Others are made up, but if they have a complex psyche I research the type of behavior they would display.

Effie: It’s hard to judge one’s own work. I think it’s conversational. There’s quite a bit of dialogue. My descriptions are brief. I believe I weave an interesting story, but I am not a master of words who could describe a tree for three paragraphs and keep a reader’s interest.

Effie: Two things are the most difficult for me. First, giving up sentences or paragraphs when my editor says to delete. My words become my baby and it’s hard to cut any of what I’ve written. But in the end, I know the editor is correct and I come away with a better manuscript. The second is writing the love scenes. They are my favorite to read, but I find it difficult to write the more, shall we say, amorous details of the chapter.

Effie: As I stated earlier, I am finishing Book Two in The Gift Saga, titled Waiting For Aegina. Evanthia’s Gift is the story of two families who come from Greece and make a life in New York. It’s actually two love stories in one book. Anastacia’s story begins in the 1950’s, and then later her daughter, Sophia’s story which begins in the 1970’s and goes through the 1990’s.

In Waiting for Aegina, the story picks up where the other left off, but the focus is different. In the first book we are introduced to Sophia’s four best lifelong friends, and it is the friendship and loyalty of these five women that are central to the story. The ideals of teenagers did not turn to adult reality and each woman must learn to find happiness with circumstances they could not predict.