What’s a novel? It should be a good story well told. 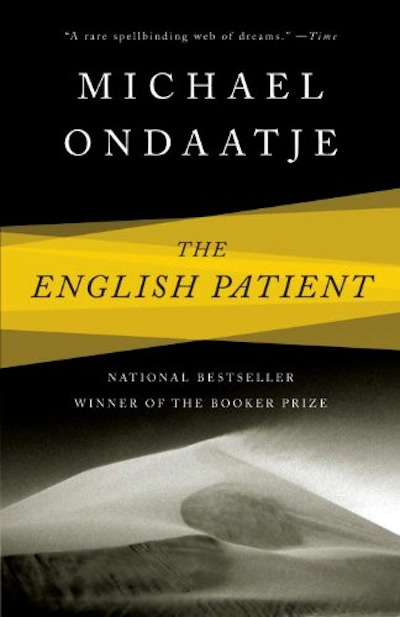 As Jack London pointed out, “You can’t wait for inspiration. You have to go get it with a club.”

How do you write a novel? Let me count the ways.

I sit down at my word machine. I work hard with many re-writes to create my first sentence. Then I sit back, head down the road, and enjoy every twist and turn along the way. Of course, I wind up in the ditch every now and then. And I often take the wrong road and have to double back. There are times I have thrown away chapters that followed the wrong road. It didn’t come out.

I don’t know where I’m going. But I’ll get there.

How do I know?

I’m not driving that bus. My characters are.

Ernest Hemingway believes you should write five pages a day. No more. No less. Then quit and let the story simmer in your mind while you wait for tomorrow when you will again write five new pages.

Ondaatje began his entire book, The English Patient, with only two scenes captured in his imagination: A patient lying in bed talking to a nurse and a thief stealing a photograph of himself.

He had no idea how they would connect. They did.

I sit down with one scene rummaging around somewhere in the deep recesses of my head. One is all I need. That one scene will generally be a complete chapter.

Others write long chapters packed with a lot of scenes.

I write short chapters, and by the time I finish that chapter, the scene I’ll write tomorrow has already worked its way like a thorn into my brain. I’m ready when tomorrow comes. I can’t wait until tomorrow comes.

Some write novels by charging through the story as fast and as hard as they can go. Damn the mistakes. Damn the typos. Full speed ahead. They will re-write and polish only after the novel is in finished manuscript form.

Others re-write as they go along, never writing the next chapter until they are reasonably pleased with what has just spilled out of their word machine. I’m one of those. I edit and re-write the chapter I completed yesterday before moving on to the chapter I’m writing today. One leads me straight to the other. No confusion. No black holes. No writer’s block.

I recently read where one author – the very talented Maria Granovsky – believes you should write your novel from start to finish, then set the manuscript aside, never look at it again, and write your book again from scratch. If I did so, I would have two completely different books.

Others who write in first person cheat. Scenes are taking place, people are talking, thoughts are running through their heads, and the first person character is nowhere around or in sight. How does he know? How can he know?

I have listened to editors and agents at writer’s conferences who are apparently more worried about points of view than the storyline. Only one point of view per scene, they say. The point of view must be attributed to the single character who is facing the most risk and has the most at stake in the scene.

However, I’ve read many who play God and give points of view to every character in the book. Agents don’t like it. Editors don’t like it. Critics don’t like it. I’m not for sure that readers even notice or care. Make them laugh. Make them cry. Scare the hell out of them. Or make them fall in love. But tell them a good story, and they won’t worry so much about the mechanics.

Some want to bury themselves in long books. Some love epics. They are looking for a journey. They want to follow the trials, tribulations, and triumphs of a family through several generations.

I prefer novels that take place in brief spans of time, It is, after all, an impatient world in which we live. I believe readers want to read shorter novels and more novels. Get into the story. Get out of the story. And move one. As Vladimir Nabakov explained, “The writer’s job is to get the main characters up a tree and then once they are there, throw rocks at them.”

You can never wait for the Muse to come and whisper inspiration in your ear. Stephen King said, “The Muse comes and sits on my shoulder every morning at five o’clock and tells me: ‘it’s time to write, you sonuvabitch.’” And Jack London pointed out, “You can’t wait for inspiration. You have to go get it with a club.”

Some write the first drafts of their novels on computers while others use long hand, scribbling on note cards or notebooks. A few even use different colored pencils for each character. And more than a few clip out pictures from magazines to help them build a montage of scenes and moods. When Joan Didion nears the completion of a manuscript, she sleeps in the same room with it. Jack Kerouac said he had a ritual of lighting a candle and writing by its light, then blowing it out when he was done for the night. And it was Hemingway opinion that you should always write drunk and edit sober.

So how do you write a novel? As far as I’m concerned, the answer is quite simple.

Write it any way you damn well please.

Please click HERE to read more about Conspiracy of Lies.