Inside the Literary Mind of J. B. McGee 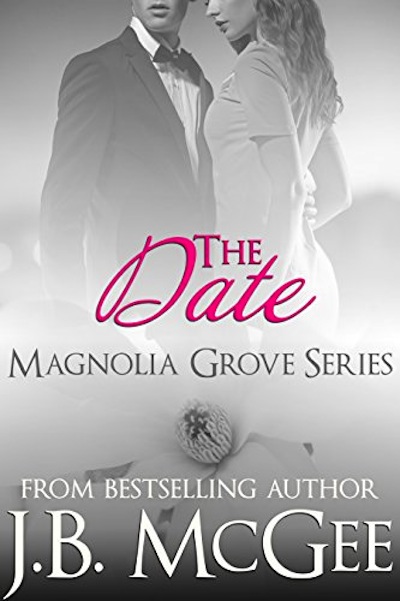 In 2012, I started seeing characters and their story playing out in my mind, and I couldn’t wait to get it out of my head.

J.B. McGee is a mother, wife, and the Amazon Top 100 author of the best-selling This Series. Amazon Crossing acquired the German rights to her debut novel, Broken. Heartfall, her coming of age novel about a bullied ballerina, is a number 1 best seller in the Teen and Young Adult Performing Arts genre. Skipping Stones, a military romance about a young woman strongly influenced by her faith and her family all the while searching for her true love, is a number 1 best seller in Women’s Christian Fiction.

When J.B.’s not writing, she enjoys reading as well as watching and live-chatting her favorite television shows with her friends. Her favorite shows are Quantico, Blindspot, Grey’s Anatomy, The Bachelor/Bachelorette, Below Deck, The Vampire Diaries, The Originals, and Scandal (mainly because of her love of Scott Foley).

Born and raised in Aiken, South Carolina, she attended Converse College and eventually earned her Bachelor of Arts degree in Early Childhood Education from The University of South Carolina-Aiken in 2006.

In college, she was told by her children’s literature professor she would be the one student from her class to be an author. McGee shook her head and laughed. But in 2012, over six years after that statement was made and after a love of reading had been reignited, she gave writing a shot. J.B. gladly ate crow when she emailed her first book to the above mentioned children’s literature professor thanking her and acknowledging the accuracy of her prophecy.

In 2011, it was discovered that not only do both of her children, but also she and her husband, have mitochondrial disease. Affecting 1 in 2500 people, it has no cure or treatments. Being a writer allows J.B. to care for her family’s unique needs while also providing a platform for raising awareness for this disease.

She is a hopeless romantic who loves to escape into fairy tales—some she reads and some she creates.

J.B. McGee and her family now reside in Buford, Georgia.

Today I am interviewing J. B. McGee. One reviewer said of her latest novel: The Date is an amazing continuation of this series. The dialogue and sexual tension shared between Camellia and Holden unquestionably kept my attention chapter after chapter.

From J. B.: The Date is the second book in the Magnolia Grove Series. The series is about a group of friends who grew up in a high society country club and how their lives have been affected by others’ expectations.

It started as a short story a couple of years ago for an anthology. A psychologist once told me I worried too much about what people thought of me, and I think that was the subconscious inspiration for this story. What happens when you live your life trying to please someone else rather than yourself?

From J. B.: There isn’t a specific date I can give. For my entire life, I’ve been long winded and sought release in the written word, but never considered myself an actual writer. Others saw this in me far before I believed it myself. In college, I wrote a children’s book for one of my classes. My children’s literature professor told me I’d be a published author one day. I still didn’t believe even then I was a writer. In fact, I laughed and thanked her, but told her I didn’t foresee that title being one I’d hold in the future. When I’d read even the simplest children’s books in class, I was always in awe at the author’s ability to weave words. It never crossed my mind I could possibly possess a fraction of the talent that would illicit such a comment.

In 2012, I started seeing characters and their story playing out in my mind, and I couldn’t wait to get it out of my head. So, if we’re going to nail down a specific date, I guess you could say I officially became a full time writer on August 12, 2012.

From J. B.: My life. I’ve always heard you write what you know, and I’ve found that to be true. It seems like each story starts as a twist on something that’s happened to me in the past. When I started writing that first book, I was in a really low place in my life, and I loved I could create these characters and give them a happy ending, especially since I worried I wasn’t going to get my own.

What I’ve learned since then, though, is my ideas may get me started, but the stories always evolve on their own into something much better than I ever could make up on my own. When that happens, I know I’m truly telling the characters’ story, not mine.

From J. B.: Like I said above, a lot of them start from something I once experienced. But I also become inspired by other humans. Anytime I see a story in the news I think has a romantic twist or potential, I’ll email it to myself with the subject: Plot Idea. Let’s just say I have so many of those emails I worry I’ll die before I can tell them all.

From J. B.: This is a hard one. Again, I’m not sure how it happens, but at some point, these ideas just randomly start coming to me. It’s typically not something for which I’m out searching to find. Sometimes, the scenes are made up from stuff I’ve experienced (but even still, it’s usually very different than how it happened because it’s not my life I’m writing about, it’s the characters). Also, I have a few friends/beta readers that I will brainstorm with if I’m stuck on something. Usually, though, once the story starts flowing, one thing leads me to the next.

My characters seem to love beaches and the outdoors. Without a doubt, this is me living vicariously through them. I hate being outside for the most part, and I wish I could tolerate it more. Unless it’s the beach. The beach is my soul’s home. It’s the place where I feel the most at peace on the planet.

From J. B.: It’s taken me some time to really find my voice, my style. I think I’m finally getting there. My stories seem to have parallels. Many of my books have flashbacks and run parallel stories between the past and present. Some of them run a parallel to a fairy tale or movie. I’ve already written the ending for Magnolia Grove and that whole plot has a huge movie tie in that’s really cute, tender, and sweet.

One of the biggest compliments I’ve been given by readers within the last year, as I’m really honing this style, is when they said my plot twists were comparable to Dan Brown and Harlan Corban. I hope one day people will say, “That’s a J.B. McGee type of plot twist there.”

While my stories grow organically, I do put a lot of thought into making sure the plots are unpredictable, ones that make the reader question everything they just read in the previous ninety thousand words. And not just unpredictable, but ones that provoke thought, emotion, and reflection. The ability to do that gives me a huge high as an author.

I’m greatly inspired by music, and listen the entire time I’m writing. I’d like to think my writing has a lyrical feel with the way it flows. Highly inspirational songs from the book’s playlist often make it into pivotal scenes. It’s kind of my way of acknowledging their influence.

And lastly, I’ve been known to act out scenes (in public places even), in an attempt to accurately portray what the characters are seeing, doing, and feeling. While my plot twists are very important to me, my novels are very character driven. My goal is for the reader to feel like they are the characters on this journey with them.

From J. B.: The first ten thousand words, or so, are usually the most difficult for me. Most of the time, I do not outline. I don’t have character flow sheets. When I start writing a book, I sit down with a blank Word document and start bleeding words. It seems to take about ten thousand words before the plot will start to really unfold organically the way I like for it to. Sometimes, I’ll write notes and start a document to jot down thoughts in order to keep me from forgetting ideas. But since I’ve only written a couple of books from start to finish, if something is so fresh and urgent that I’d spend time writing it down, I usually just include it in the book where I think it should go and fill in the rest around it. Like I mentioned about the ending to Magnolia Grove, I am notorious for writing the ending of the book very early in the writing process.

The most usually signifies one. Aside from the first ten thousand being difficult, the most frustrating part is when I know the plot isn’t right, that I’m missing something important, but I’ve yet to uncover what that is. It makes me feel stuck, and I end up hyper-focusing until I can sort it out.

From J. B.: Currently, I’m working on completing the four books of the Magnolia Grove Series I mentioned earlier (there may be more in 2017, but that’s all I’m planning for 2016). I wrote a romantic suspense, Out of the Storm, that I’ll be releasing in early 2017. Additionally, on my list of things to do, I’m also hoping to publish a couple of new children’s books co-authored with my kids.

Please click HERE to read more about The Date.