FCEtier: A tale of two geniuses: a professor and a madman

Casual readers will enjoy the story; writers and other word aficionados will feel this book is essential to have in their personal libraries.

When was the last time you used a dictionary to look up a word?

A hardbound or paperback book that you hold in your hands and in which you turn real paper pages.

It has for me.

Other than using Merriam Webster’s online dictionary, I keep three books on my desk:

What was the last murder mystery you read?

Would it live up to this description, “…the linguistic detective story of the decade?” That’s how New York Times Magazine writer, William Safire described, The Professor and the Madman by Simon Winchester.

Did you ever wonder how, and by whom dictionaries were written?

The Oxford English Dictionary is perhaps the most famous of them all. For many, it is the gold standard. (It certainly is for lexicographers and members of the London Philological Society.) We would have never expected it to have been the product of mad dogs and Americans. Yes, an American madman played a significant role in creating the OED. These days, most Americans would define a madman as one who voted for the OTHER candidate. Things were a bit different in 1871 London, and the States were still rebounding from their brush with being dis-united.

The story involves two protagonists eponymously referred to in the title. In a manner of speaking, there is also a third man–not Orson Welles’ Harry Lime.

Winchester treats readers to a sampling from the OED with a definition at the beginning of each chapter. The Preface is prefaced with the word, “mysterious,” and Chapter One begins with, “murder.”

And murder is where one of the two stories begins.

Dr. W. C. Minor was a battlefield surgeon (a Yankee) in the War Between the States. As a result of his experiences in the war, he apparently suffered from what we know today as post traumatic stress disorder, a term likely not found in the first edition of the OED. In retrospect, researchers today speculate that his PTSD hastened, or perhaps even was responsible for a posthumous diagnosis of bipolar disorder.

His untreated illness referred to in Victorian England as, “madness,” combined with a deep seated racism for the Irish. It eventually led to his choice of victims and the perpetuation of a crime that would result in his availability to volunteer an unlimited amount of his time to the research required to help write a literary masterpiece.

James Murray was a Scot who, by the time he was thirty, in 1867, had learned twenty-two languages in addition to English. Despite a stellar resume, he was turned down for a much coveted job in a British museum. Eventually, he was chosen by the committee at Oxford to lead the project that would take seventy years and define over a half million words. The first edition consisted of twelve tombstone-sized volumes.

A rigorous dependence on gathering quotations to illustrate the use of the sense of every single word in the language sets the OED apart from most other dictionaries. The previously mentioned definition of the word, murder, consumes more than two pages in the paperback edition of The Professor and the Madman. It seemed a monumental if not impossible task requiring an unbelievable number of hours which were supplied by volunteers. Who better to volunteer than an incarcerated word savant who was also a prolific reader?

Murray soon became buried under thousands of handwritten notes from Dr. Minor (by far the most prolific contributor) and hundreds of other volunteers. As the timelines of Murray and Minor converge, readers see their denouement as the dictionary is created while developing an appreciation for the men and their relationship. Winchester leaves us with the conclusion of their lives(not a Hollywood ending) and an appreciation for how their collaboration was essential to the success of the project.

Casual readers will enjoy the story; writers and other word aficionados will feel this book is essential to have in their personal libraries.

FCEtier is the author of The Tourist Killer, a novel of 70,000 words, most of which are found in the dictionary. Please click HERE to read more about the novel. 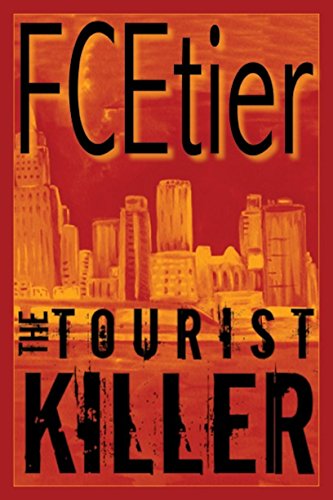