Discovering mysteries in the pages of mysterious books 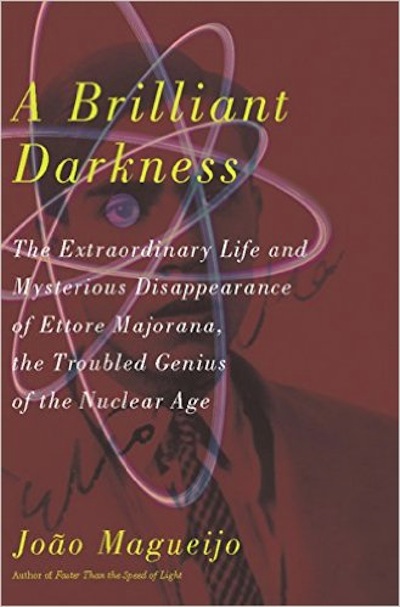 MY PAST MYSTERY BLOGS are archived here at the new Caleb and Linda Pirtle under the heading of short stories, non-fiction. They have also been bound into book form for Kindle publication. The first, QUITE CURIOUS, is now a Kindle e-book and the second, CURIOUS INDEED, a more lengthy volume, is still in the editing process. Although I am veering off the path of the original format for future blogs, the stories in these two volumes are about unexplained mysteries, often told from the perspective of flies on the wall—or they are stories about unbelievably mysterious and eccentric people.

There are many good books that cover the subject matter of some of my archived works and I am listing a few of them here with short descriptions. You might decide to do some more in-depth reading on some of these mysterious subjects.

A BRILLIANT DARKNESS, by Joao Magueijo is available on Kindle or hardcover. It is about the disappearance of Ettore Majorana, a troubled genius of the Nuclear Age. Ettore was a thirty-one year old physicist that boarded a ship in Palermo in 1938 and disappeared forever.

THE ANCIENT GIANTS WHO RULED AMERICA, by Richard J. Dew-hurst, available in Kindle or paperback. Dewhurst, also an Emmy winner, documentary genre, gives a very complete discussion of the possibility of giant humanoids once existing in North America and beyond. He also cites different accounts as to what happened to the skeletal evidence and why.

The book has excellent illustrations.

THE BOOK OF THE DAMNED, by Charles Fort, is 1136 pages long and available free on Kindle or can be purchased in paperback. A pool of volunteers converted it to digital format and it can also be found free on the internet, according to Amazon. Charles Fort, 1874-1932, explains that “damned” means excluded. The subjects in the book are bizarre things that have been excluded by science. This huge volume is a compilation of oddities, often told with wit and humor. Describing something as Fortean, has come to mean that it is bizarre phenomena.

THE SONG OF THE APE, by Andrew R. Halloran, available on Kindle or in hardcover. Andrew, a primatologist, worked as zookeeper to a group of chimpanzees on a secluded island. There, he observed the complex ways they developed of communicating with each other. Aside from gestures, there were distinct vocalizations as complex as human language. Halloran describes his fascinating experiences and offers his scientific conclusions.

PRINCE OF QUACKS, by Timothy B. Riordan, available on Kindle or as a paperback. This is the true story of the “notorious life of Dr. Francis Tumblety.” Dr. Tumblety wore the cloak of respectability, but behind the scenes he was a charlatan and crooked con man who often dressed flamboyantly. He was once arrested, but released for complicity in the Lincoln assassination. He prescribed bad medicine, performed botched procedures, and actually killed patients. There are some that think he could have been Jack the Ripper. He was in London at the time.

RETURN TO LIFE, by Jim Tucker, M. D. is available on Kindle, in paperback or in hardcover. Tucker presents his case studies of children who seem to have lived previous lives as other people. Written in first person, it is brilliantly researched and documented—believable. Tucker writes a lot on this subject matter and he is following in the footsteps of his mentor Dr. Ian Stevenson, M. D., who has also written fascinating books on the subject of reincarnation.

DOCTOR MUTTER’S MARVELS, by Cristin O’Keefe Aptowicz, is available on Kindle or in hardcover or paperback. This is the biography of Dr. Thomas Dent Mutter, the brilliant, eccentric medical innovator that revolutionized American surgery in the nineteenth century. He developed needed sterilization protocols and developed new plastic surgery techniques that were successful and life-changing for the patients. Dr. Mutter was the founder of the country’s most famous museum of medical oddities. It is situated in Philadelphia.

THE WORLD OF TED SERIOS by Jule Eisenbud. You can usually find a hardcover copy of the book on Amazon, used and new. Many discount the thought-photography produced by Ted Serios, a Chicago bellhop, in the 1960s. When seen on talk shows of the time, Ted could be very convincing, and as closely as one watched, it was impossible to find any trickery involved. The images were taken with a Polaroid camera and developed instantly. There are even other more obscure people who claim to have this unique ability—to capture their thoughts on film. I personally love the book, Ted’s story, written by Dr. Eisenbud, a Denver psychiatrist who took Ted under his wing. It is an entertaining read, and the eerie photos on the pages are haunting.

Sara Marie Hogg is the author of Quite Curious.